Living in a townhouse can mean dealing with high levels of noise pollution from your neighbors. When my friend recently moved, they asked me how to soundproof townhouse walls. Here’s a quick answer:

The best way to soundproof townhouse walls is to add as much mass as possible. This will effectively reduce noise transmission from neighboring properties, and is best done with dedicated soundproofing materials like mass loaded vinyl. 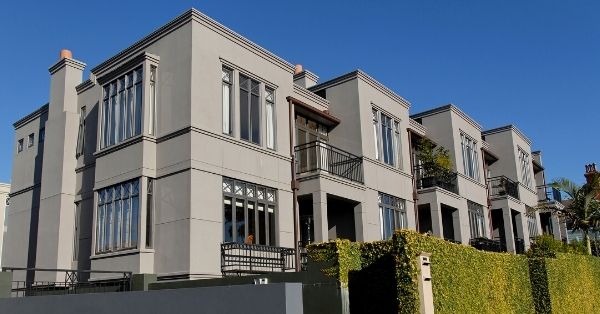 In this article I’ll look into the science of sound transmission in a bit of detail before going over the best ways to soundproof townhouse walls. Hopefully by the end you’ll have a sure-fire plan for a quieter home!

How Sound Transmission Works Through Walls

To understand how best to soundproof walls, it’s first worth knowing a bit more about sound transmission. It’s something we experience every day, but not many people know how it really works.

Sound waves are energy, and they lose this energy traveling through air and objects. That’s why sound waves don’t travel indefinitely: once their energy is expended, they cease to exist.

As I’ve mentioned previously in my posts, sound transmission can be broken down into 2 broad categories:

Airborne noises are things such as TVs, voices, music, dogs barking, etc. They’re pressure waves that pass through the air, and when they come into contact with an object they cause it to vibrate.

These vibrations are enough to cause the other side of the object to vibrate, which results in sound waves. Airborne noises are quieter on the other side because they lose a lot of their energy passing through the structure.

Impact noises are caused by an object making direct contact with a surface, such as footsteps on the floor above. They also cause the object to vibrate in such a way that the sound waves pass through.

But impact noises come out louder the other side because they’re in direct contact with the surface, meaning they have more energy.

While the original noise might not be louder than an airborne noise, it’s perceived as louder because it’s made on the surface.

To reduce sound transmission into a room, you have to improve its Sound Transmission Class (STC).

STC is a rating that defines the noise reducing ability of a material. Those with a higher STC rating will do more to reduce noise pollution than materials with a lower STC rating.

But this isn’t the only thing you need to consider when planning your soundproofing project. Different types of sound require different methods, and so you shouldn’t rely solely on STC rating.

Importantly, you have to consider the volume and the tone (frequency) of the sound you’re trying to block out.

Volume is measured in decibels (dB) and is fairly simple: the higher the volume, the more you’ll have to do to block out the noise.

While you won’t have much control over the frequencies of the noises made by your neighbors, understanding frequency makes it easier to know which methods you need to focus on.

For example, if you’re trying to block out TV sounds or music, it’ll be slightly harder than simply blocking out talking voices. TVs not only go louder but also have a greater range of frequencies.

How to Soundproof Townhouse Walls 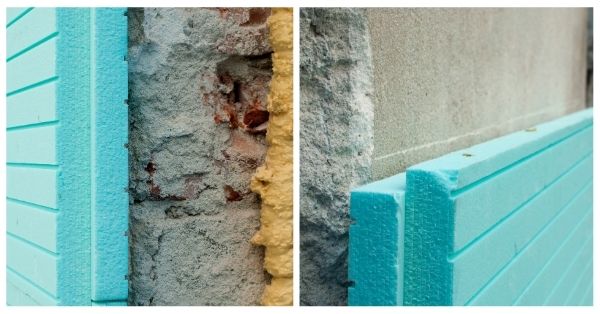 Now that we have a fairly solid understanding of sound transmission, we can move on to working out how to soundproof the walls.

If you live in an older townhouse with brick walls, your options are slightly more limited than with stud walls.

But on the flip side, brick walls won’t transmit sound as freely as stud walls anyway, so it’ll likely be an easier job.

Once you’ve focused on the walls, consider doing something about the windows too. If noise pollution from the road is a problem, windows will be one of the worst areas for transmission.

Here are my top suggestions for soundproofing townhouse walls.

1. Add mass to the walls

This option works for both brick and stud walls. Adding mass reduces the structure’s ability to vibrate, simply because it’s heavier.

A heavier structure means sound waves have to expend more energy to pass through.

Your best option for this is a dedicated soundproofing material, such as mass loaded vinyl (Amazon link) or sound deadening mats.

Both of these products are mass rich for their size, so although they’re thin, they’ll add plenty of weight to the structure.

What’s more, they’re limp mass. This means that, rather than vibrating when a sound wave makes contact, it dissipates off the material’s surface.

It comes in either rolls or sheets, so application can be a bit tricky. I’d recommend the following:

Alternatively, stick with the sound deadening mats. These are designed for use in vehicle cabins and have a pretty high STC rating.

The benefit of sound deadening mats is that they have a self-adhesive backing, making application much easier. But I’d still recommend covering them with something, as they’re not that attractive to look at.

Whichever method you use, don’t be shy with the Green Glue. It’s an acoustic sealant that helps with sound dampening. It converts sound waves into heat energy and can make a big difference to overall noise levels.

Decoupling a wall requires a bit more effort, but is definitely one of the most effective ways to block sound transmission.

The goal is to isolate one side of the wall from the other so that sound waves simply can’t pass through it. In short, you want them to vibrate independently from one another.

Bear in mind this is only possible with a stud wall, as it’s the studs you’ll be separating.

Your options for decoupling a stud wall are either:

A double stud wall is exactly what it sounds like: 2 sets of studs, 1 for each side of the wall. The result is effectively 2 separate walls with a cavity between them.

A staggered stud wall still uses 2 sets of studs but they’re arranged in a staggered pattern. The advantage is that it takes up less space but is also less effective at blocking sound.

For both methods you’ll need some materials and a good bit of DIY knowledge. You’re effectively going to have to rebuild a key structure, meaning it’ll take time and effort.

If you have the space, I’d recommend going for the double stud option. It’s the most effective form of decoupling but does mean you sacrifice 2 walls worth of space.

You can realistically build both options without disturbing your neighbor’s wall. All you need to do is build a new set of studs on your side.

For best results, be sure to fill the cavity with some kind of insulation. Mineral wool insulation is best because it’s effective at absorbing sound waves.

Also, as with the above option, be liberal with the acoustic caulking when sealing gaps. It’s particularly effective against lower frequencies, which are a weakness in a decoupled wall.

You can also add more mass to the rear side of the drywall to reduce its resonance. Essentially, you’ll want to decouple the wall and then follow the advice in option 1 above. This’ll produce the best results.

Follow this video for the steps on how to decouple a wall.

3. Use resilient clips and hat channels

If completely decoupling the wall sounds like too much time and effort, you can take a shortcut by using resilient clips and hat channels.

What these do is offer some level of isolation on one side of the wall. Although the structure still shares the same studs, resilient clips are flexible and so will allow the wall to move around.

Resilient clips have small rubber feet that’ll allow the wall to flex when sound waves try to pass through it. The rubber also helps to absorb some of the sound waves.

This option isn’t as effective as completely decoupling a wall, but will still make a big difference to sound transmission levels.

4. Fit a sound maze on the HVAC vent 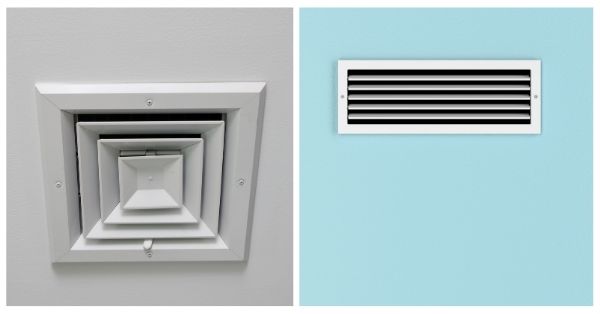 Although technically not the wall, HVAC vents are a big source of noise pollution, particularly in shared housing.

The rigid metal ducts are perfect for transmitting and amplifying airborne sounds from elsewhere in the property.

If you’re spending so much time working on the walls, it seems wrong to overlook the HVAC system.

The simplest method is to build a sound maze over the vent. Also called a baffle, the aim is to fit a structure with multiple surfaces. The sound waves will bounce off these and expend their energy before they reach the room.

The main material you’ll need here is acoustic foam (Amazon link). This helps to absorb sound waves and will form the interior of the maze.

You’ll also need some plywood or MDF and the relevant cutting tools.

This should effectively dampen and absorb any noises coming through the air vent.

If you’re limited on how much structural work you can do to the property, the last option I can offer is to hang some soundproof curtains.

They’re heavier than normal curtains and have an extra layer of fabric sewn in. While they won’t offer loads of mass, they will help to dampen sounds that transmit through the wall.

Just be aware that this won’t as much difference as the options suggested above, but has the benefit of being much less permanent. You could use heavy blankets instead, but these are harder to fix to a wall.

Hopefully, this guide has given you some helpful tips on how to soundproof townhouse walls.

As you can see, the process mainly relies on adding plenty of mass to the walls to reduce sound transmission.

The final piece of advice I can offer is to get your neighbors involved. If they can set up some soundproofing their side too, it’ll be much more effective.

Also read: How To Soundproof A Townhouse (Including Basement)