A noisy PS4 isn’t just annoying and distracting; it can also be a sign of a deeper problem with your console. So, when your PS4 starts sounding like a plane about to take off, you’ll want to address the problem immediately because gaming comfort isn’t the only thing at stake; your console is, too!

How to Make a PS4 Quieter in 5 Steps

Depending on what’s causing the noise, there are several ways to make a PS4 quieter. Some solutions involve opening up your console, while others can be performed without taking anything apart.

The rest of this article will identify the causes of noise in PS4, explain the measures you can take to make PS4 quieter in great detail, and provide tips for preventing the recurrence of loudness in PS4. 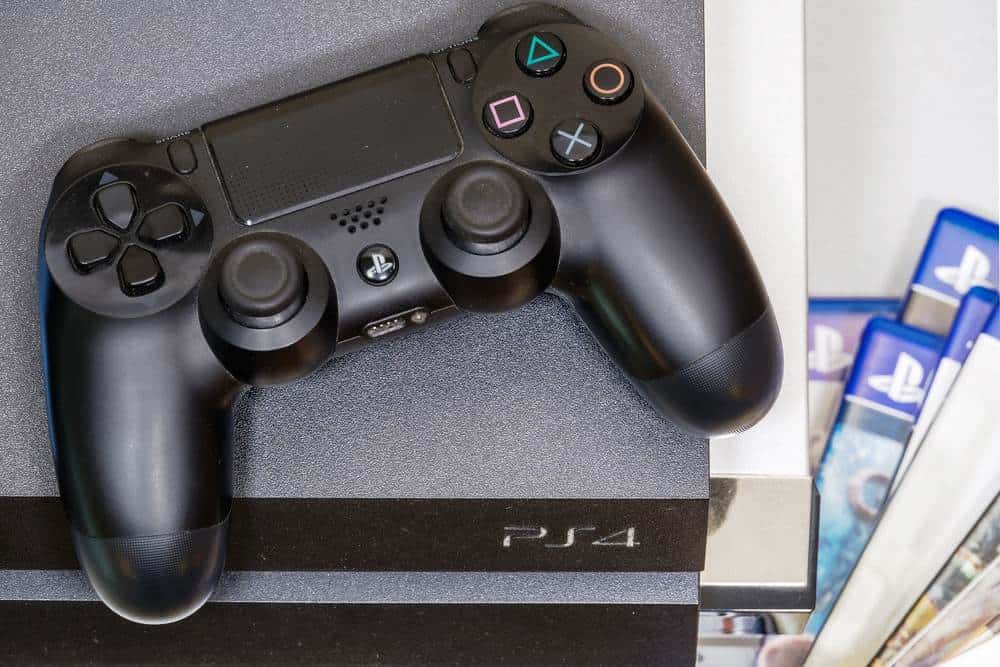 Let’s take a look at these steps:

Sometimes, a loud console is nothing but a one-time fluke that often happens after playing for a long time with no breaks. Even though the PlayStation 4 is a heavy-duty console, it can still overheat—and get noisy as a result—after several hours of continuous gaming, especially if you’re playing a high-graphics game.

So, before you try anything else, simply turn off your PS4, let it cool down for about half an hour or so, and power back on. If the power indicator is still blinking red—a sign that the system is still hot—at least you’ll have eliminated the possibility of the random malfunction that’s common with PS4 consoles.

When stowing your console, keep the vents as open as possible. In case you don’t know where to find these, check both sides and the rear part of your console. The vents on the side are for air intake, while the rear ones let out hot air from the internal components. When not obstructed, both types of vents combine to allow the fan to draw in cold air and dump out hot air.

A common mistake many PS4 owners make is placing their console in a cabinet. While you may be doing this to protect it from being knocked over, it’s a sure-fire way to overheat your PS4—especially if you stow it that way when in use.

Keep in mind that placing bags, books, clothes, or any other items within 10cm (3.9 inches) of your PS4 will also compromise its ventilation. While they might not be directly blocking the vents, clumping items near your console allows the hot air released by the console to build up around it, which causes overheating.

When this happens, the fan will have to spin faster to effectively cool it off. And since a fast-spinning fan is often the origin of noise in a console, clearing out the entire area near your PS4 might just be what you need to do to silence it.

Knowing that your console already heats up on its own, playing in hot surroundings won’t do it any favors. So, whenever possible, use your PS4 in temperatures lower than 73°F (22.778°C), because anything higher than 82°F (27.778°C) will cause it to retain heat and get noisy as a result.

If controlling the temperature of your surroundings is off the table, consider investing in a cooling stand. Something like the OIVO Regular would be a great choice, especially if you’re looking for an all-in-one vertical stand that can charge your controllers and cool down your console. It comes with a multifunctional design, so you can use it with all the PS4 consoles (PS4, PS4 Slim, and the PS4 Pro).

But while all that is great, what you’ll really appreciate is that it can reduce console noise by up to 50 decibels.

And even with something like the Dustbuster, you should always use the lowest setting. Sure, it’ll take longer to suck up all the dust, but that’s better than having to take your PS4 to the repair shop afterward.

With the right tools of the job at hand, you can begin cleaning your console. When doing this, keep in mind that most parts of the PS4 are very delicate and need to be handled with care. Also, be careful to avoid safety hazards such as electrical shocks.

Replacing the fan can be a solution to a noisy console when the problem is related to a malfunctioning cooling fan. However, you should keep in mind that doing this will void your warranty.

But if you don’t mind that, you can have your fan replaced by a repair expert or do it yourself. For the latter, you need to have some background knowledge about console repair. Otherwise, you might end up causing more serious problems than the noise.

In case you choose the DIY route, here’s a video on how to replace a faulty cooling fan:

How To: Replace the Fan in your Playstation 4!
Watch this video on YouTube.

To reassemble your PS4 after replacing the fan, follow the above steps in reverse.

What Makes a PS4 Loud? 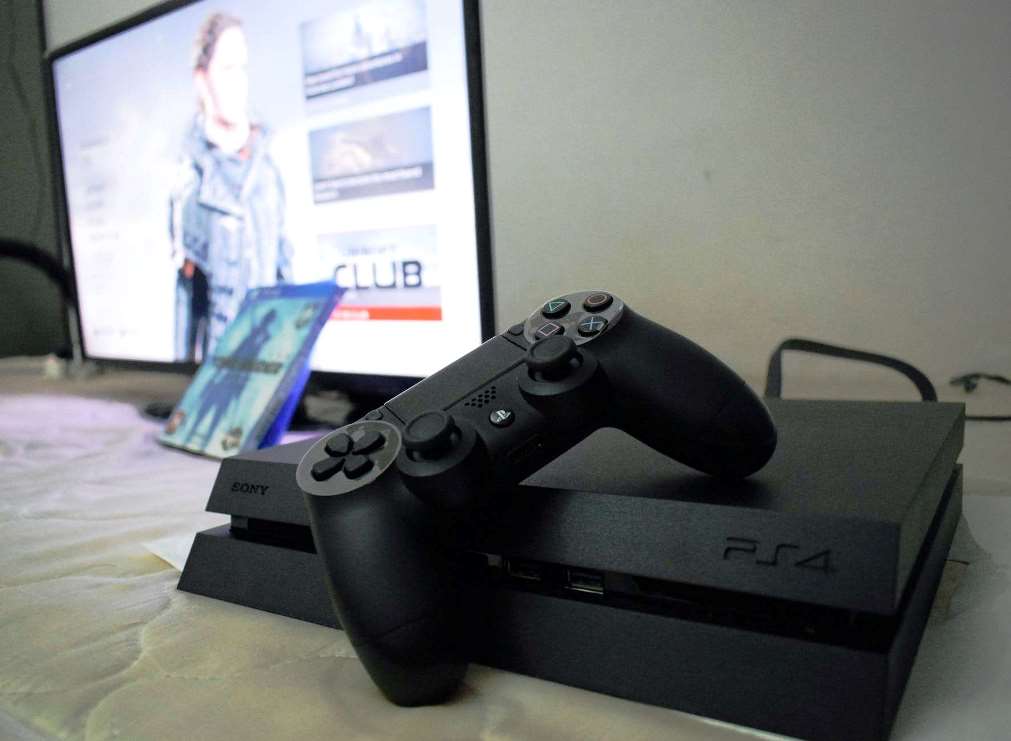 While a loud PS4 can be as a result of several factors, there are some usual culprits. These include:

If you’re struggling with a noisy PS4 console, the first part you should check is the centrifugal cooling fan housed inside. More than often, this is the culprit behind a noisy console.

As the name suggests, a cooling fan’s main function in the PS4 is to get rid of the heat produced by the console when you’re gaming. Due to its demanding role, it’s particularly prone to wear and tear. With continued use, some parts of the fan might loosen up, resulting in rattling noise whenever you fire up your PS4.

Sure, it’s easy to keep the exterior parts of your PS4 dust-free with a simple wipe. But when it comes to the internal components, things can get tricky because the fan and the motherboard tend to attract dust. Of course, this doesn’t happen by chance; there’s a whole lot of science behind it.

In the case of the fan, static electricity is involved. As the fan in your PS4 rotates, it rubs against the air around it, creating a build-up of an electric charge around its edges known as static electricity. And since dust particles floating in the air normally carry an electric charge (which is why they stick together), they’re attracted to the static energy created on the blade of the fan.

This effect, combined with the dust particle’s penchant for clumping together, is why the fan in your PS4 (and any other plastic fan in general) tends to attract more dust than other parts.

Whether on your motherboard or fan, dust accumulation causes your PS4 to strain harder to function. When the console isn’t running as efficiently as it should, it begins to overheat. And because a fan’s primary function is to cool down the console, overheating causes it to automatically increase its spin speed.

At high speeds, the cooling fan produces a whirring sound that can get loud enough to cause distractions.

Game graphics have come a long way since William Higinbotham developed the first video game. However, with beautiful graphics comes the possibility of making your PS4 loud.

Generally, games with crystal-clear graphics are more demanding on your PS4’s processors. When the processors are pushed to the limit, they cause your console to heat up, which subsequently increases the speed of your cooling fan. And as you might have gathered by now, a fast-spinning cooling fan means a loud console.

This is why it’s not uncommon for PS4 to get louder than usual when you play a particular game, and return to normal quiet operation without any intervention when you change the game.

If you notice this trend with your console, you might need to change the game or upgrade to the PS4 Pro or PS4 Slim. The newer versions have better overall performance and are designed to comfortably handle 4K resolution gaming and High Dynamic Range (HDR) color contrast.

While it’s less common than the other causes discussed earlier, the disc drive can sometimes make your PS4 loud.

Typically, this happens when you’re installing a game for the first time. By default, the PS4 is designed to auto-install all new-game data on the hard drive to minimize wear and tear on the disc drive. During this process, your console may get a tad louder than usual.

Additionally, there are instances when the disc drive will spin faster than usual immediately after you install a new game. Often, this happens the first time you insert the disc to boot your game because the console must read the disc to ensure that the game you’re trying to run is inserted in the PS4.

Luckily, PS4 noise of both origins usually subsides within minutes without any intervention.

What if None of the Above Steps Work?

If your PS4 continues to roar after trying out all the above hacks, the problem might be related to a mechanical failure. For this kind of issue, you need to get an expert to look at your PS4.

Alternatively, you can contact Sony’s PlayStation support; chances are they’ll help you troubleshoot your noise problem. If they can’t, they’ll repair the faulty part or initiate the warranty process.

It’s worth noting that a noisy PS4 doesn’t always mean a grave problem with your console. A console can be loud and still work just fine.

How to Prevent Future Noise in Your PS4

If you successfully made your PS4 quieter using the steps above, you’ll want to ensure that the problem doesn’t reoccur in the future.

To help you with that, here are some tips:

Often, noise in a PS4 console is caused by a malfunctioning cooling fan, dust accumulation, game graphics that are too demanding on the system, or installing a new game.

To make your PS4 quieter, try:

If the noise doesn’t subside, you should contact Sony for further guidance. If it does, you’ll want to prevent the problem from recurring in future by: