There are very few things that are quite as frustrating as returning home from a long day in much need of peace and relaxation, only to find that the neighbors are at it again. What do you do?

Well! That’s what this article is about. None of the products or devices discussed in this article have harmful effects on adults, children, babies, or animals.

Some provide short-term relief, and some act as long-term solutions, but all of these devices and products do not involve tearing down walls, major soundproofing jobs, or construction.

They are easily transportable, so investing in some of these is fantastic for securing your sanity regardless of where you may move later on. 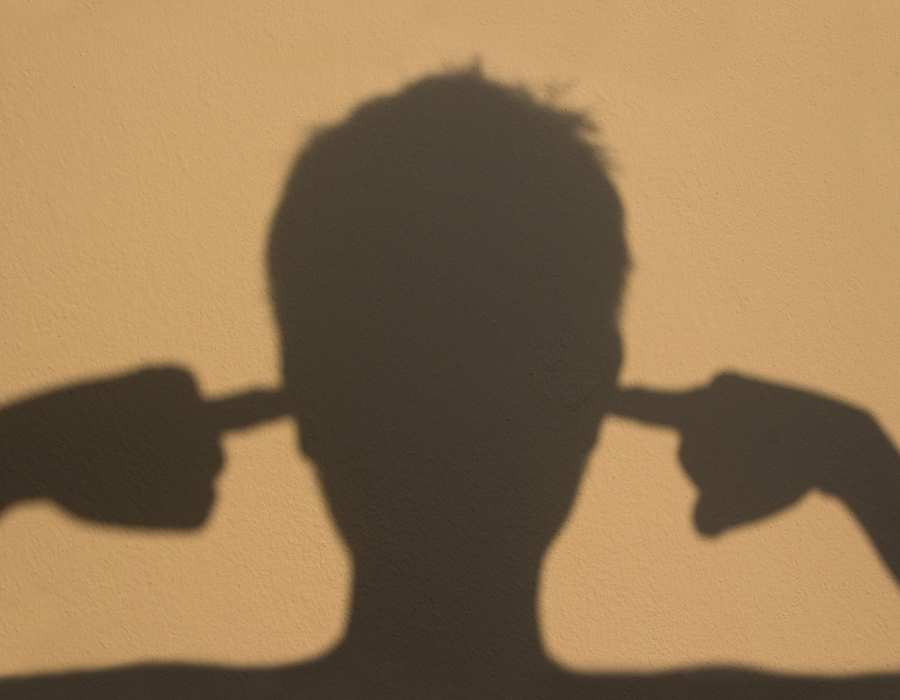 Check out my articles:

Maybe you’re trying to study or have some downtime after a tiresome day, and just need to focus or get some much-deserved rest and relaxation.

But, as luck would have it, someone is having a huge party next door, or maybe there’s an unexpected rock band rehearsal being practiced by really passionate musicians. Such noise is certainly annoying and inconvenient, but will only last for an indefinite yet shorter amount of time.

Sometimes, with a crying baby or barking dog, for example, it’s good to understand that your neighbors are probably hoping to get some peace and quiet too.

There are a few things that you could invest in and keep handy around your living space for times like these, and you can skip the process of waiting it out hoping the noise will somehow just end soon. These are much more cost-effective in relation to more elaborate methods.

Of course, the most classic, quick, and cheap temporary solution would be to invest in some quality earplugs. Although, it’s commonly known that these are more only effective at slightly muffling sound as opposed to reducing or blocking sound frequencies overall.

While it may seem like a useless little device, it’s pretty good to have these handy for cases where the sound is originated from neighbors is more ‘loud’ than ‘disturbing’ – such as when a neighbor is hoovering or doing laundry.

It may muffle these sounds slightly to a point where it’s tolerable, but of course, a baby crying is a baby crying, whether it’s loud or muffled.

On the plus side, these are pretty comfy for shorter periods of time. They come in a variety of sizes, types, and colors, and they’re good for some scenarios where you need a touch of sound muffling in a pinch.

These are a rather interesting approach to canceling noise, since they do not involve any kind of noise reducing technology, but rather apply basic rules of sensibility in order to manipulate the perception of what is audible by the one wearing them.

This is hence why it’s particularly useful for those trying to fall asleep in the midst of neighbors who prefer to practice the guitar at 11 pm.

They work by instead using passive and peaceful sounds, similar to the sounds produced in a white noise machine, in order to ‘mask’ the disturbing sounds which are resonating around the exterior.

These sounds have been specially selected to have a low impact on the consciousness of those wearing them, by using sounds which are familiar and natural – such as crickets, softly running fans, and trickling water, all sounds which are less likely to be noticeable.

These are ideal for moments where you need to sit down and focus on what you’re doing without being disturbed – like when you’re studying, reading, writing, or performing household tasks.

Some of the most efficient noise-canceling headphone brands have proven to be effective in reducing noise by around 40 dB.

One of the most useful features of these headphones is the fact that unlike standard headphones which ultimately use the volume of music being played to drown out external noise, these have the option to switch on the noise canceling function without any music.

High-quality noise-canceling headphones are specifically designed to combat noise frequencies of up to a specific Hz, which will be based on the brand and model invested in.

These can block out noise like music, bass-heavy frequencies, and general external noise such as trains and traffic during peak hours.

This is a rather simple and sneaky way to put an end to loud parties at 2am without any confrontation whatsoever. It works through an electromagnetic generator which emits an impulse which effectively stops electronic devices – hence, it can stop speakers when they are too loud.

However, since it stops electronic devices in general, this really shouldn’t be the go-to option, and other means should be attempted first. Nevertheless, it’s a nifty last resort to put an end to loud music.

Noise-canceling device
Watch this video on YouTube.
Although these are high-class devices which require more preparation and are significantly more costly than other alternatives, they are incredibly effective at blocking out noise from outside your residential space.

They work by stopping open-air noises by emitting a sound that effectively cancels out incoming noise frequencies which travel by air, which is great for loud neighbors or even renovation work noise.

Easy T.V. and Stereo Jammer!
Watch this video on YouTube.
This is a rather sneaky trick, but it can be incredibly useful for neighbors who are perhaps having a party with loud music.

Of course, other means should be attempted first, including a simple and respectful request to quiet down the fun. If you have tried to no avail, then the use of a Stop Speakers Jammer would be quite effective.

As the name implies, this device jams speakers – to the point where speakers are simply unable to play music properly or inhibit them completely.

It works via Bluetooth and is effective within a specific radius of its location, specific to the kind of jammer invested in. It’s therefore effective at putting an end to loud music being played by any of your neighbors which are within that proximity.

This does not necessarily work by reducing noise, but rather by annoying the neighbors which are annoying you. Although it’s a somewhat petty way to deal with the issue, it’s nevertheless effective. Of course, attempting more cooperative means should be attempted before this is used.

It essentially works by causing the speaker which is playing music to emit incredible teeth grinding pitch whenever it gets too loud.

The noise itself is similar to the sound which resonates when a cellphone is put close to a speaker, and the sound goes away once the neighbor turns down the volume.

One would only hope that the neighbor actually lowers the volume, or this proceeding sound may very well backfire in your search for silence.

If done in combination with other methods, these could be effective in at least drowning out some of the excess noise emitting from loud neighbors.

Draft stoppers are used to close the gap between the door and the floor, and some are designed to be fixed in place to the door.

These are generally designed to stop the draft from entering, but with any source of air comes a method of transportation for sound waves. Thus, a draft stopper will reduce the sound which enters the door from neighbors.

They should be placed specifically on the front door, and your bedroom door. But, it can be placed on any door throughout your space as well. If there is a relatively large gap below the window, a short draft stopper may be necessary.

Although the specific kinds of doors and windows matter, the gaps around these areas will still be a concern for sound frequencies entering the room.

These are really thick and dense, and should ideally be used over the front door in particular when trying to block out noise from neighbors. These are more effective if gaps around doors and windows have been sealed.

There are many ways in which one could alleviate the effect of noisy neighbors – whether they’re aware of their loud levels or not.

Having a cooperative approach with a combination of methods will have the best results, as it will enable you to be prepared for a wide variety of circumstances.

But, the best methods will ultimately come down to the specific nature of your residential situation, relationship with neighbors, and the source of the noise.

It’s common knowledge that facing the problem head-on can potentially make the issue even bigger, especially if you’re dealing with neighbors who are hard to reason with, or even somewhat aggressive.

From crying babies and lively animals to raucous gatherings and even having to unintentionally listen in on some awfully awkward or private arguments, there are plenty of uncomfortable and disturbing effects that noisy neighbors can have on your space.

But, one should be mindful that despite the aggravation that it could cause you and those living with you. Securing your own space before taking it to the next level would be a more constructive approach to the issue.

Plus it would ensure that you are prepared for any party animals moving in next door in the future – as opposed to disputing the issue with every single noisy neighbor you encounter.

Don’t pick up the phone and call the landlord or the police just yet – we’ve gathered some of the most effective temporary and long-term solutions for noisy neighbors, which will help you attain the tranquility of your dreams and still maintain a good relationship with your neighbors.

These are either static – meaning that they are passive in approach through noise-canceling, isolating, or blocking, or they are dynamic – which can actively prevent neighbors from making noise.