If like me, you love keeping chickens but find they make too much noise, you’re probably wondering how to soundproof a chicken coop. Here’s a quick answer:

The best option for how to soundproof a chicken coop is to add as much mass and sound damping materials as possible. As you’re mainly dealing with airborne sounds, you want to prevent them from transmitting through the coop walls.

In this article, I’ll look at what I mean by airborne noise, and the best ways to soundproof a chicken coop while retaining as much ventilation as possible.

Also read: How To Soundproof A Dog Crate

While hens generally aren’t that noisy, it’s a different story with cockerels. Either way, soundproofing a chicken coop is necessary if you don’t want to bother your neighbors or get woken up by early crowing.

As a general rule, you’ll be trying to block airborne noise. This is probably the easier type of sound to block out, so you’re already in a good place.

Airborne noise is exactly what it sounds like: noise that transmits through the air. The most common examples are:

The other type is impact noise, which is made by an object hitting a surface, such as footsteps on a floor.

While chickens will make some impact noises, such as scratching around inside the coop or jumping onto a perch, this is definitely a lesser problem.

Luckily you can soundproof against airborne noises by using mass and sound damping materials.

The goal is to stop the sounds from transmitting through the coop’s structure, but this isn’t too hard when the noise source isn’t actually in contact with the surface.

The biggest problem you’ll face in this project is maintaining good ventilation in the chicken coop while also blocking noise.

Your chickens will of course need air while they’re shut in overnight, so this definitely isn’t something you can overlook.

But adding ventilation into your chicken coop will mean that noise can escape through the open spaces. It’s like having an open window in a recording studio: not the best idea.

To do this, we can use the principle of sound redirection, which I’ll cover in more detail below.

So your main challenge when soundproofing a chicken coop is finding the right balance between sound reduction and ventilation.

For this reason, it’s unlikely you’ll ever get a fully soundproof chicken coop, but you’ll certainly be able to make a noticeable difference.

How To Soundproof A Chicken Coop

Below are my top suggestions for how to soundproof a chicken coop. They all basically involve adding mass, but there are a couple of different suggestions depending on your budget and project scope.

Another thing you’ll want to consider is the safety of the materials you use. Chickens can be fairly curious animals and so might try and eat new materials to find out what they are.

The options I suggest below are safe enough to use around chickens because they either block off the soundproofing material or use something that they can’t peck.

The first option is fairly straightforward and really won’t take that long to put together.

All you need to do is add some soundproofing materials to the coop’s walls and then cover it with an appropriate material, such as wood. 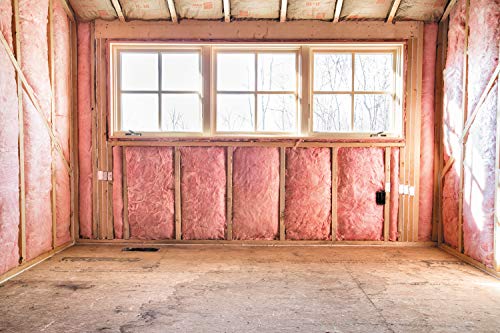 But conversely, this material is obviously not the best thing for your chickens to eat, which is why you’ll need to cover it.

You could also try using Styrofoam or similar material if you’re on a budget, but you’ll need to go much thicker. I’d recommend a 4” thick layer of Styrofoam that you then cover-up.

Ideally, you’d want to put the insulation material inside the chicken coop, but this can sacrifice quite a lot of space.

If your coop is large then go ahead. If it’s on the smaller side, add the insulation outside and just be sure to protect it from the weather.

2. Add more mass to the coop

Another good option is to add more mass to the coop, as this will effectively reduce sound transmission.

While it’s not exactly food-safe, your chickens should have a difficult time pecking it apart. If you’re in doubt though, cover it with a layer of plywood like above.

You’ll be able to fix the MLV inside the chicken coop because it’s not very thick, meaning you won’t lose very much space.

You can stick it to the coop with glue or using staples. Nails are fine, but they’ll generally be a bit too long because the material isn’t very thick.

If you’ve got the time and money, my best suggestion would be to build a new coop. This will allow you to maximize the effectiveness of the materials you use.

Your best options would be either brick or cinder blocks. Both are heavy and dense enough to reduce sound transmission.

Even better, build two walls with a cavity between them, much like how brick houses are built.

This will create dead air space in which sound waves can be trapped, and it basically works like a decoupled wall.

You can fill this cavity with insulation, either fiberglass or insulating spray foam.

Sure, this option might not be for everyone, but starting again and being selective with the materials you use will do a much better job than trying to add soundproofing materials to an existing wooden chicken coop.

Alternatively, you could build a brick shelter around your existing wooden chicken coop. That’ll help to trap the sound waves before they can travel too far and so will add a layer of soundproofing.

How To Provide Proper Ventilation 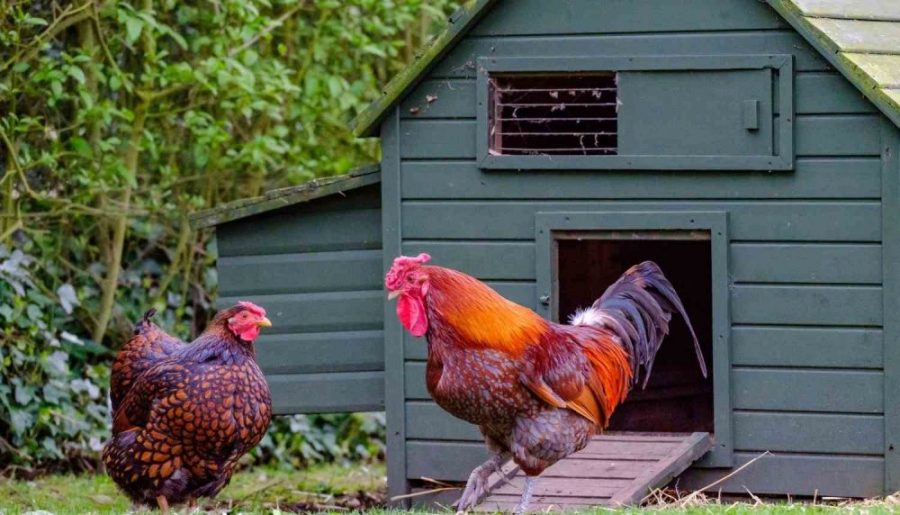 Soundproofing a chicken coop is easy enough to do: you just need to add more mass.

The bigger challenge is how to provide proper ventilation inside a structure that’s basically had all its holes blocked up.

Well, my suggestions mainly rely on sound redirection, which is a principle used in airports.

Fitting a chimney will generally be enough in terms of ventilation for a small chicken coop.

If you add a small hole with a fan on one of the coop’s walls then natural airflow should keep everything moving nicely.

I’d recommend fitting the chimney on the opposite wall and pointing the outlet vertically up. Make it quite long and then the sound will basically be pumped in a direction people won’t hear it.

Alternatively, direct the chimney towards a solid structure, such as a wall. The sound waves will hit the wall and either reflect back at the coop or be absorbed by the wall.

It’s to your advantage that the sounds will be fairly quiet by the time they escape the chimney so there shouldn’t be much work needed to prevent them from being heard.

Ventilating soundproof rooms (read my guide) is a common challenge that’s given rise to a number of solutions.

Basically, you can use the same method here to provide a clean airflow in and an airflow out of the coop.

Use quiet AC vent fans (Amazon link) for this job if you want the best results. If this is slightly outside of your budget, buy large vent fans over smaller ones.

Then you need some flex duct (Amazon). It usually comes in a 6” diameter, but I’d recommend using 10” or 12” because the larger diameter helps to reduce air velocity. This leads to quieter vent systems.

Simply cut 2 holes in the coop on opposite sides and run a tube of flex vent from each. Fit a fan in the hole to direct air into and out of the coop.

Lay the flex vent so it has several right angles, ideally 4 or more. This creates lots of surfaces for the sound waves to bounce off, which expends their energy before they reach the end of the tube.

Using this method will allow you to have good ventilation in your chicken coop while keeping the noise level down.

As you can see, trying to soundproof a chicken coop is a fairly straightforward process.

The biggest issue I found is keeping the right level of ventilation while not making my soundproofing redundant. But with a bit of planning and the right knowledge, it shouldn’t be too difficult for you to get some good results.