If you’ve recently built a soundproof room you might have noticed a lack of ventilation. When I completed my home recording studio, I researched how to ventilate a soundproof room or booth. Here’s a quick answer:

The easiest way to ventilate a soundproof room or booth is to build noise-reducing ventilation ducts. You can do this either using a soffit muffler, which is designed for this job, or by building your own dead vent. Both are possible with a bit of DIY knowledge. 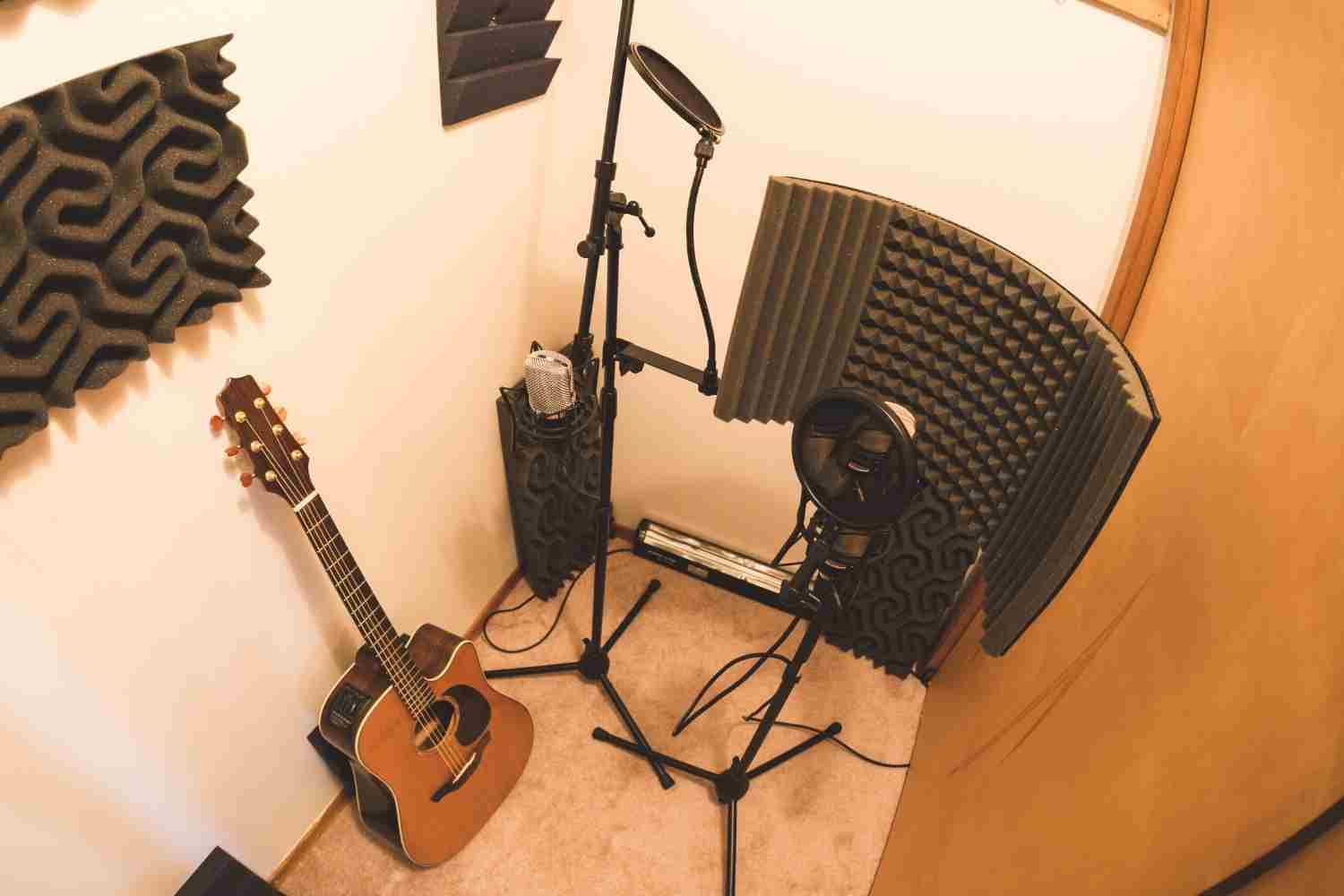 In this article, I’ll look at the issues with normal ventilation systems in soundproof rooms and the best ways to build air conditioning that won’t compromise all of your hard work.

Why Are Room Vents So Loud?

Before getting into the best solutions for your soundproof booth, it’s worth taking some time to understand why air con systems are so loud in the first place.

Understanding the basic principles of sound transfer in an air vent will make it much easier to apply effective solutions.

It’s perfectly normal for HVAC systems to make noise when in use. While this isn’t normally a problem, it becomes one when you start trying to ventilate a soundproof room, such as a recording studio.

The standard noise you’ll hear from the vents is the fan working. Because HVAC systems use large, open pipes, there’s plenty of space for the sounds to bounce around.

Inside these large vents, sound waves bounce around, causing both echo and reverberation. Reverb is fairly common inside HVAC ducts because there are lots of surfaces at different angles that the waves can bounce off.

This means that even if your soundproof room is located far away from the working parts of the HVAC system, you’ll still be able to hear plenty of its noise. In fact, it’ll probably be even more obvious because of how quiet the room is.

On top of the normal fan noises, you might also have a number of abnormal noises coming through your air vents. Usually, you might be able to ignore these, but that’s not possible in this situation.

Poor airflow is another major cause of noise in a ventilation system. As the system tries to pull more air in, the pressure and velocity goes up, which changes the pitch around the intake vents.

You’ll likely hear this noise in the room you’re in, but the sound will also travel through the vents into other rooms.

When it comes to ventilating a soundproof room or booth, you’ll need to use an HVAC system.

Realistically, the only way to avoid this would be to open a window, and you probably don’t have one of those because they’re so detrimental to soundproofing projects.

But if you’re going to use an HVAC system, I’d recommend not just concentrating on the soundproof room itself. You’ll be able to drastically reduce the noise the vents make, but you’ll have much better results if you also focus on other areas of the system.

How To Ventilate A Soundproof Room Or Booth 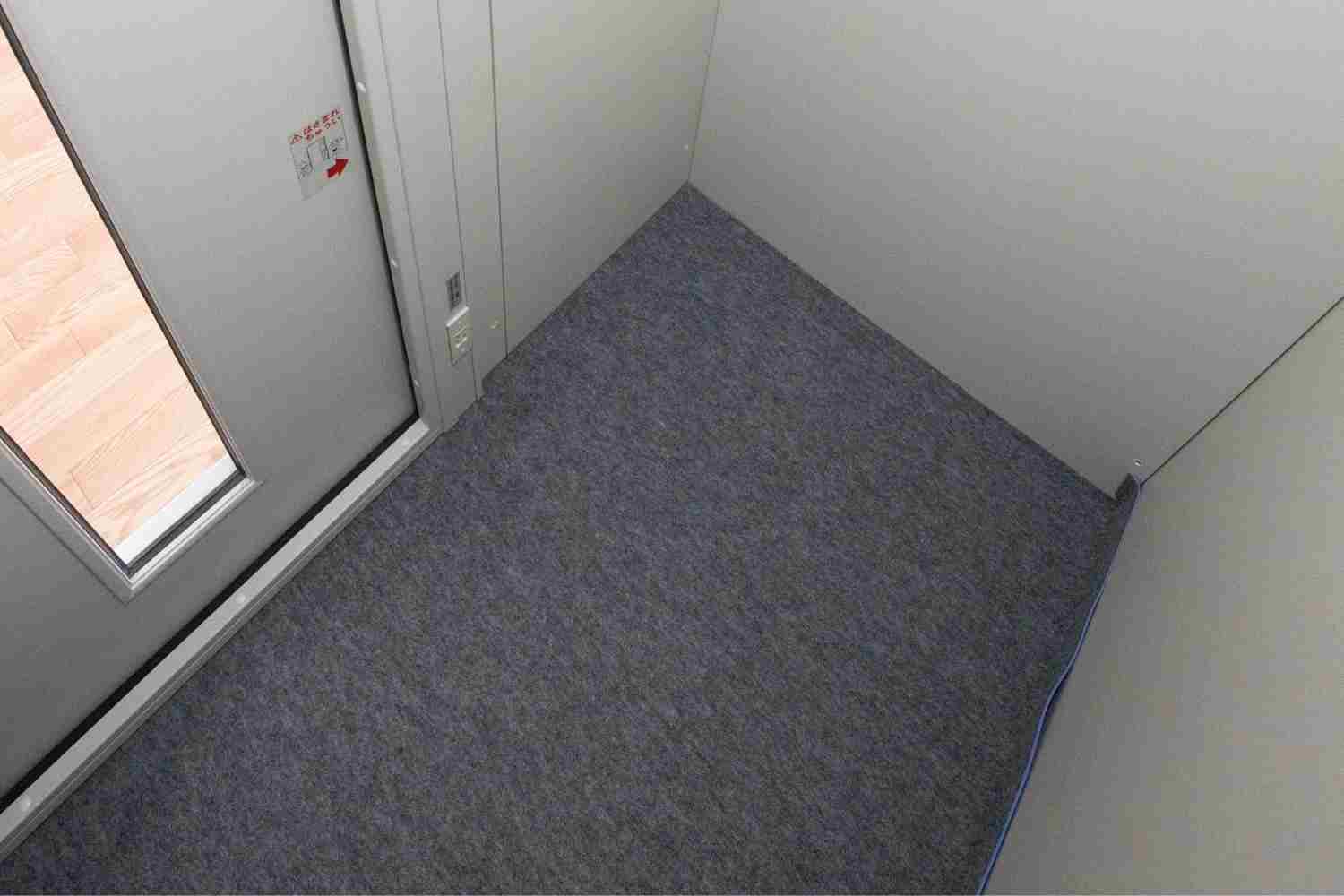 For the most part, the solutions I give below aren’t either or (apart from the soffit muffler or dead vent). Instead it’s more of a step-by-step guide to ensure you get the best results from the room-facing end of your ventilation system.

That said, I’ll start with the room-facing end because you may already have an otherwise quiet and functional HVAC system.

Whether you’ve decoupled your room or not, it’s likely to have a soffit. This is the space between the ceiling (or wall) and the inside wall. Technically it could also be classified as a false ceiling or wall cavity.

To build a soffit muffler, you’ll need to start with some flex duct (Amazon link). 6 or 8 inch will be best because then you’re not left with too big a hole for the vent.

Basically, you need to put in the flex duct, as usual, running from the vent to the HVAC system.

Then you need to build a box in the ceiling cavity that surrounds as much of the flex vent as possible.

Build this out of a double layer of drywall sandwiched together with Green Glue. You can also fill the box with fiberglass insulation for extra soundproofing.

If you decide to buy an HVAC silencer, fit this inside the box for the best results.

The idea here is that any sounds that would travel into the room through the ventilation system are appropriately dampened and absorbed by the muffler before they reach you.

As the name implies, it works in the same way as a muffler on a car exhaust.

Also, be sure to apply plenty of Green Glue to the room’s air vent to dampen any noise caused by the system rattling.

Providing this is done properly, you shouldn’t notice any noise coming into the soundproof room.

A dead vent works on similar principles to a soffit muffler but can fit under floors or in walls where you’ll typically find an HVAC system.

A dead vent works on the principle of dead air space, which is essentially an isolated space not attached to the soundproof room. Sound waves can enter but become trapped and expend their energy where they can’t be heard.

Ideally, you’ll have a dead vent for both your intake and output vents in order to maximize the effectiveness.

Your vent system will have an intake and exhaust, which will pump air into and out of your soundproof room into another room. Generally speaking, this system might not be connected to your larger HVAC system, although you can.

Keeping it as a separate system with its own fans will reduce the amount of noise pollution you’re fighting against. If all you need is a supply of fresh air, this will be fine.

The materials you’ll need are:

A dead vent would be a good idea for something like a vocal booth that’s isolated inside a room because you don’t have to worry about connecting it to the existing HVAC system.

Another option that takes up less space, and that can be integrated into your current HVAC system, is a vent baffle.

These are really easy to make with the following:

Build a box around 2’ long and 1’ wide out of MDF. In the middle, you need to build a small mount for the duct fan.

Line the box with insulation.

Run the flex duct from one end to the other putting in as many 90-degree turns as possible. I’d recommend a minimum of 4.

The right angles help to bounce the sound waves off in different directions, effectively scattering them.

You can then fit these baffles to your existing HVAC vents, sealing the gaps with weather stripping.

This might seem obvious, but make sure your HVAC system is running properly to cut down on the amount of noise coming into your soundproof room in the first place.

You can also think about replacing as much of the system as possible with flex duct. Bending this at angles creates baffles like the method suggested above, meaning less sound will reach you.

It might be worth wrapping the system in a sound deadener where you can. This will add more mass to the system and will reduce the amount of noise that travels along it.

Ventilating a soundproof room or booth isn’t something you might think of during the process. But as you can see, there are a few options for ensuring you have clean air while you’re in there.

None of these solutions are particularly difficult to build, particularly if you’ve just completed your own soundproof room! Be sure to use the same soundproofing principles you used in the room for these ventilation systems too.