Many people have witnessed a chainsaw in action; fewer have handled the machine, but everyone will agree that while a chainsaw is an impressive machine, it makes a great deal of noise even while idle.

You can silence a chainsaw in two ways: creating a barrier between the noise and yourself, and ensuring that the machine works properly. Fixing loose mufflers, leaky exhausts, and rusty chains can reduce noise, and wearing earplugs and earmuffs over your ears will further quiet the chainsaw. 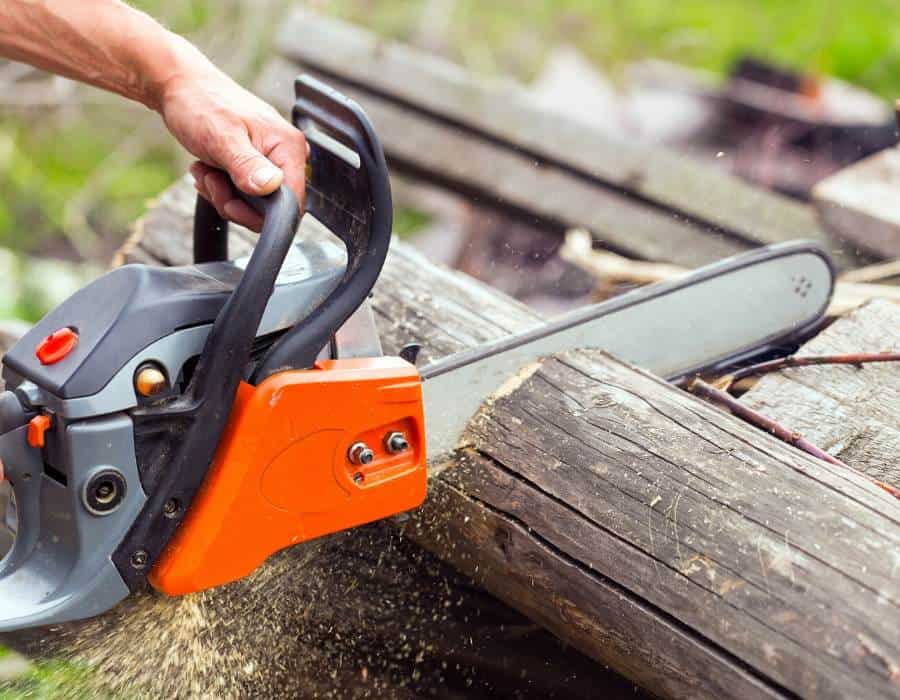 In this article, you will find in-depth explanations for the noisiness of a chainsaw, and how each point mentioned above can make the machine quieter. Quieter alternatives to traditional gas-powered chainsaws are discussed as well.

The Need for Silent Chainsaws

The noise from chainsaws is exceptionally high and constitutes a risk to the health of the operator and any nearby persons.

Depending on several factors like brand and size, gas-powered chainsaws are capable of producing sounds of 106 to 120 decibels at the operator’s ear. According to the CDC, noises up to 106 dB (decibels) can cause hearing loss in less than five minutes, and 120 dB will cause immediate harm to the ears.

The Risk to Nearby Persons

People increase their vocal output when talking to someone far off because sound intensity reduces as distance increases. This phenomenon is demonstrated by the inverse square law, which explains that in a free field (without obstructions), the intensity of sound decreases by 6 dB every time the distance is doubled.

Consequently, the noise reaching a person standing 8m away from chainsaws emitting sounds of 120 dB or 106 dB will be 102db and 88 dB, respectively. The lesser of these two (88 dB) can damage human hearing after 2 hours, while 102 dB will damage after 15 minutes.

Why is a Chainsaw Noisy?

Like most mechanical devices, a chainsaw has an engine or motor. The engine’s work is to spin the chain around a guide bar. In turning the chain, the combustion engine contributes the most to a chainsaw’s noise output. As such, a stronger and larger saw will have a larger engine and produce more noise.

In addition to the engine, the spinning chain produces a high pitched noise, depending on how fast the chain spins. A faster spinning chain is a noisier chain. Lastly, the 30 or so teeth of the chain produce a distinct sound as they strike the tree trunk. These three variables work together to create the iconic chainsaw noise.

How to Silence a Chainsaw

Advances in chainsaw design have yielded machines that are relatively less noisy than their predecessors from past decades, as they now have some noise reduction capabilities.

Ensuring that the chainsaw works as intended is a sure way to take advantage of the noise reduction abilities and keep the noise to a minimum, seeing as machines are subject to eventual wear and tear, resulting in malfunction and increased noise production.

Lubricate moving parts of the saw, like the chain regularly. An unlubricated chain produces a squealing noise.

Holes and loose pieces permit air to escape as whistling sounds. As such, use a screwdriver and wrench to tighten any loose screws or bolts.

Regularly servicing the engine will keep the chainsaw running smoothly and prevent excessive noise, especially when revising it.

2. Block Out the Noise From Your Ears

No amount of maintenance will quiet a chainsaw beyond its original design. Consequently, gas-powered chainsaws will always emit hazardous noises, and chainsaw operators should use earmuffs and earplugs to cut down the noise intensity at their ears.

Properly fitted earmuffs and earplugs can reduce noise by 15 to 30 dB. They have almost the same noise reduction abilities, although earmuffs are better suited to high-frequency noise while earplugs work better for low-frequency noise.

Using earmuffs and earplugs together offers better protection than using either alone, and combined use is recommended for sounds above 105 dB, which is typical of most gas-powered chainsaws.

Some people claim to have reduced the noise output of gas-powered chainsaws by modifying the machine, mostly by adding a second muffler or pipe or modifying the existing one. Others have claimed that attaching one end of a hose to the exhaust pipe, and putting the other end in a barrel of water will significantly quiet the chainsaw.

There is no concrete evidence to support any of these claims. In any event, you will need a bigger muffler to silence even a small engine significantly. Doing so will result in an overly large and near inoperable chainsaw, and engine overheating.

Connecting the exhaust pipe to water is impractical, as the air blowing from the exhaust may cause water to rise through the hose and get into the saw.

The only thing sure about modifying chainsaws is that you will lose any warranties you had for the chainsaw.

4. Use the Right Type of Chainsaw 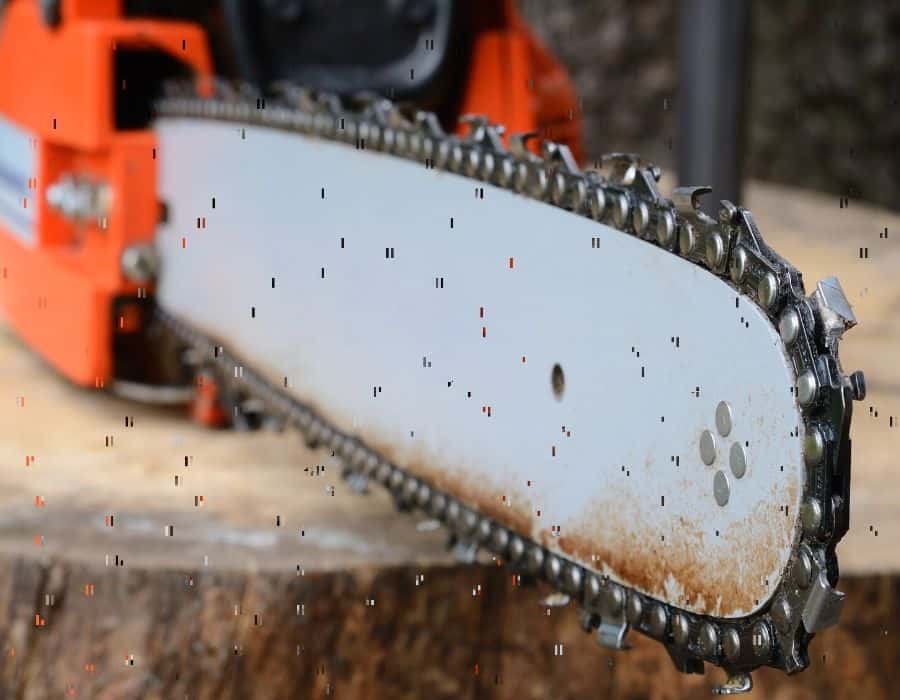 Depending on the job, chainsaws can run for up to two hours. The hazard posed by noisy chainsaws is not limited to the operator; it also extends to the immediate neighbors, albeit less severely.

While earplugs and earmuffs will protect the operator, they do nothing for your neighbors, who will most likely lay a complaint when you turn on your noisy gas-powered chainsaw.

Accordingly, electric chainsaws produce sounds as low as 79 dB, which is technically small enough not to require earmuffs.

The reduced power and noise output of electrical chainsaws are perfect for residential use, as domestic tasks requiring the use of chainsaws are infrequent and rarely exceed the saws’ capabilities. Also, their relative silence does not disturb the neighborhood.

Reserve gas-powered chainsaws for lumbering and felling forest trees, as they alone have the necessary power for such jobs.

Using these saws only in the sparsely populated open country or forests eliminates health hazards and disturbances to neighbors. As such, earmuffs and earplugs will suffice, seeing as only the operator gets exposed to the machine’s noise.

The advantages of electric chainsaws are manifold, they include:

These saws are generally cheaper, the most expensive being around $300. In comparison, gas chainsaws can cost double that amount.

The absence of a combustion engine reduces the maintenance requirement of electric/battery saws.

As they have no engines, they are significantly less noisy. Electric chainsaws pose fewer risks to the operator’s hearing and do not disturb the community.

These saws do not emit any greenhouse gases, unlike gas chainsaws that emit carbon monoxide and carcinogens in addition to greenhouse gases. As such, gas-powered chainsaw operators get affected by toxins, seeing as the machine is held closely

Electric and battery chainsaws do not produce any emissions that may impact the operator. Furthermore, the lack of emissions allows for these chainsaws to be used indoors, in workshops, and basements without fear of carbon monoxide poisoning.

While you can not completely silence a chainsaw, you can significantly reduce the noise that reaches you, by using earmuffs and earplugs, keeping the machine in good working condition, and investing in quieter chainsaws.