Mixer grinders are incredibly useful kitchen appliances. But if like me, you find the noise annoying, you’re probably wondering how to reduce mixer grinder noise.

I’ll go over the methods which you can use to make it quieter. But first I’ll take a look at why mixer grinders make so much noise.

Why are Mixer Grinders so Loud?

As the name implies, mixer grinders can both mix and grind ingredients. They’re typically used for grinding spices, cutting fruits and vegetables, making puree, and more.

Anyone who owns one will know how useful they are. But they’ll also know how loud mixer grinders can be. Why is this?

They run at high speeds

Mixer grinders run at very high speeds to make light work of whatever you put in them.

Typically, you can expect a mixer grinder to run at 20,000RPM. To run at this speed, the motor needs to work quite hard, which produces a lot of noise.

The ingredients can be noisy

Most use brushed motors

Motors that produce rotational movements use either a brushed or brushless model. Most mixer grinders will use a brushless motor because it’s cheaper.

Carbon brushes are used to flip the magnet’s polarity to force the electromagnet to rotate.

This has to happen at a rapid pace to produce the kind of rotation you need to grind ingredients. It creates a lot of noise as a result.

Many are made using cheap components

In order to make mixer grinders affordable, they’re usually made using cheap components. This ranges from the plastic body to the motor’s main parts, where manufacturers will use as little copper as possible.

Instead, they’ll use cheap materials and bearings because they assume people will throw the mixer away when it breaks.

The problem with this is that cheap components make more noise. It can be as simple as poor connections, or a lack of lubricant in high stress areas.

As you can see, there are a few reasons why mixer grinders are loud. You can avoid many of these issues by investing in a really high-end model, but it’s often cheaper to just change the environment in which you’re using it.

How to Reduce Mixer Grinder Noise

Luckily, there are several ways you can try for reducing the amount of noise your mixer grinder makes. Here they are:

None of these are particularly expensive and should deliver good results.

1. Place the mixer grinder on a sound dampening mat 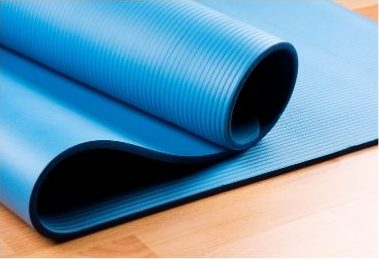 One of the most effective solutions is to put your mixer grinder on a sound dampening mat.

Much of the excess noise comes from vibrations passed into the surface on which it sits, which can then resonate through cabinets and worktops.

You’ve got a couple of options for this:

Any of these options will be fine, but you’ll have better results if you go with a specific soundproofing material.

For example, both sound deadening mats and mass loaded vinyl are limp mass. This means they don’t vibrate when sound waves hit them, and so cut off transmission between the source and the worktop.

2. Fit some rubber feet to dampen the noise

A similar option that saves you having to put down a mat every time you want to use your mixer grinder is to fit some rubber feet.

Some rubber grommets (Amazon link) will be ideal for this. Rubber is great for reducing the transmission of vibrations, and so should drastically reduce the amount of noise your mixer grinder makes.

You can simply stick 4 (or more) grommets to the bottom of your mixer grinder. If you want to really get good results, stick them down with Green Glue (Amazon link). It’s a noise dampening acoustic caulk and will reduce noise transmission even more.

3. Move your mixer grinder away from the wall

Sound waves reflect off hard, flat surfaces such as walls. The flatter and smoother a surface, the better it’ll reflect sound waves.

For example, tiles (commonly found in kitchens) are much better at reflecting sound waves than exposed brick.

Placing your mixer grinder near a wall, particularly in a corner, will give it the perfect environment for reflecting sound waves. This will make them sound much louder than they are.

The simple solution to this is to move your mixer grinder away from the wall when you use it.

Your best option would be to use the mixer grinder on a kitchen island if you have one, as this should be far enough away from any walls.

4. Add some soundproofing materials in your kitchen

If you don’t have the option of moving your mixer grinder away from a wall (for example, if you live in an apartment), you can try soundproofing your kitchen.

That said, I’d recommend focusing more on acoustic management than actual soundproofing. Cutting down on reverberation will probably do as much as specifically blocking sound transmission.

A good option for this is acoustic foam. Acoustic foam absorbs sound waves and helps to reduce reverberation.

Putting some panels up in your kitchen, if only when you use your mixer grinder, will help to reduce the issue of noise pollution.

That said, it won’t specifically block sound transmission, but generally speaking, a mixer won’t be loud enough to pass through solid walls anyway.

5. Build a soundproof box for your mixer grinder

Perhaps one of the best ways to reduce mixer grinder noise is to place it inside a soundproof enclosure. These aren’t difficult to build from scratch, and won’t be too expensive either.

You could use Perspex or plexiglass instead of MDF, but the latter is a better choice because it’s less rigid and so won’t vibrate as much.

Using this soundproof enclosure will make operation much quieter. The only real downside is that you won’t be able to see what’s going on inside the mixer grinder.

Just be careful not to run it for too long either. This enclosure will prevent any heat from escaping, which could result in your mixer grinder overheating and breaking.

However, this might not be the best option because they’re made from clear plastic and so won’t do loads to reduce noise levels.

Making your own will be much less expensive and much more effective. I’d highly recommend investing the time into building your own soundproof enclosure if you want a truly quiet mixer grinder.

If you’ve got a budget, your best option might be to buy a new mixer grinder that’s designed to be quiet.

While most won’t offer quiet use as a selling feature, you just need to be clever with the kind of mixer grinder you buy.

For example, this mixer grinder (Amazon link) is designed for use primarily with flour. It has a plastic body that’s insulated. More than anything, this means it’ll be a lot quieter.

Alternatively, as I mentioned earlier, high-end models will usually be much quieter than cheaper ones.

Look for a model with a brushless motor if possible, and sharp blades. Both of these are areas where cheaper models cut back, and so you’ll notice a difference if you invest in a quality model.

That said, trying some soundproofing solutions first probably will be less expensive than buying a new mixer grinder. But if you haven’t got the time, this is a good option.

Hopefully, the options above have given you some advice on how to reduce mixer grinder noise.

The most important piece of advice is to reduce sound transmission between the mixer and the surfaces around it. Doing so will drastically reduce the issue.