For many, blenders are useful kitchen tools. But if you’ve ever annoyed a whole household with a loud blender, then you might have wondered how to make a blender quiet.

Here are some options: 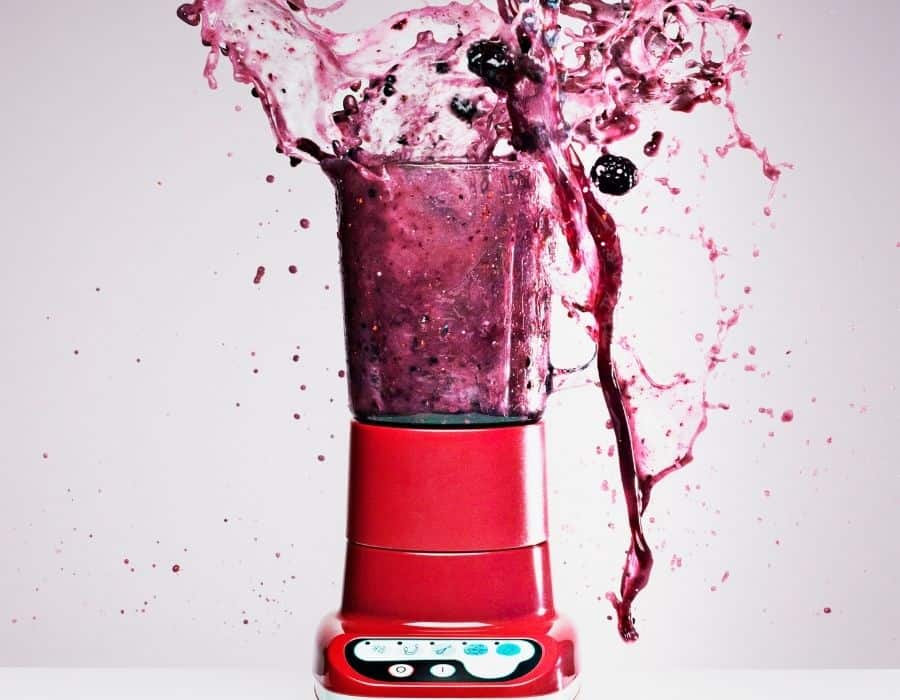 I’ll cover these in more detail below. First I’ll look at exactly why blenders are so loud, as understanding this can help you to overcome the issue.

Also read: How to Make a Microwave Quieter

Why Are Blenders So Loud?

Whether you’re mixing up a morning smoothie or making some hearty winter soup, a blender can be one of the most useful things to have in your kitchen.

If you’ve ever tried to use one early in the morning then you’ll know how loud they can be. Don’t loud things seem even louder when you’re trying to be quiet?

That said, there’s never really a “good” time to make as much noise as a blender does. This is particularly true if you live in an apartment or condo because you don’t want to be disturbing your neighbors.

But why are blenders so loud? Like many motorized devices, blenders will pretty much always make noise. Here are some of the main reasons for this.

Motorized devices, such as blenders, can either have a brushed or brushless motor. Many cheaper models used a brushed motor because it’s much less expensive and uses cheaper parts.

A brushed motor contains magnets that are fixed and a rotating electromagnet. When an electric current is passed through it, it rotates 180 degrees.

To make a complete rotation, the polarity of the fixed magnets must be flipped. This is done using carbon brushes.

All of this happens at a very rapid pace but can create lots of noise. It’s typically a banging, but you won’t necessarily be able to distinguish it from the range of other noises a blender makes.

The point of a blender is to rip through whatever you put in it (within reason). To do this, the motor needs to spin really fast.

Some models are marketed as high-speed blenders, although something like a smoothie maker will run at slower speeds.

A blender can easily run at 20,000RPM with speeds up to 250mph. Even with nothing inside the blender, this kind of speed will make a lot of noise just in the sheer act of moving itself.

3. They’re often not made from high quality materials

One fairly common fact about modern appliances is that they’re not built to last. If they break, we’re expected to throw them out and buy a new one. So why would manufacturers bother using quality materials?

Blender motors are often made with as little copper as possible and with very cheap bearings. These are often the first part to go, so quality is sacrificed in favor of price.

But using cheap materials means they make more noise when in use. For example, the parts might not be fitted as carefully, fit together as well, or contain enough lubricants to work effectively. All of this results in a lot of noise.

4. The gearbox is just really loud

Many blenders have variable speeds, which requires a gearbox. When you’re working with speeds up to 20,000RPM, this gearbox has to do a lot of work.

As with the bearings, they’re not made from quality materials. The result can be oscillation and vibration, both of which produce a lot of noise.

In short, blenders are so loud because they’re designed to be inexpensive, not efficient. Noise is just one of the many waste products we’re expected to deal with for the sake of a cheap blender.

How To Make A Blender Quiet 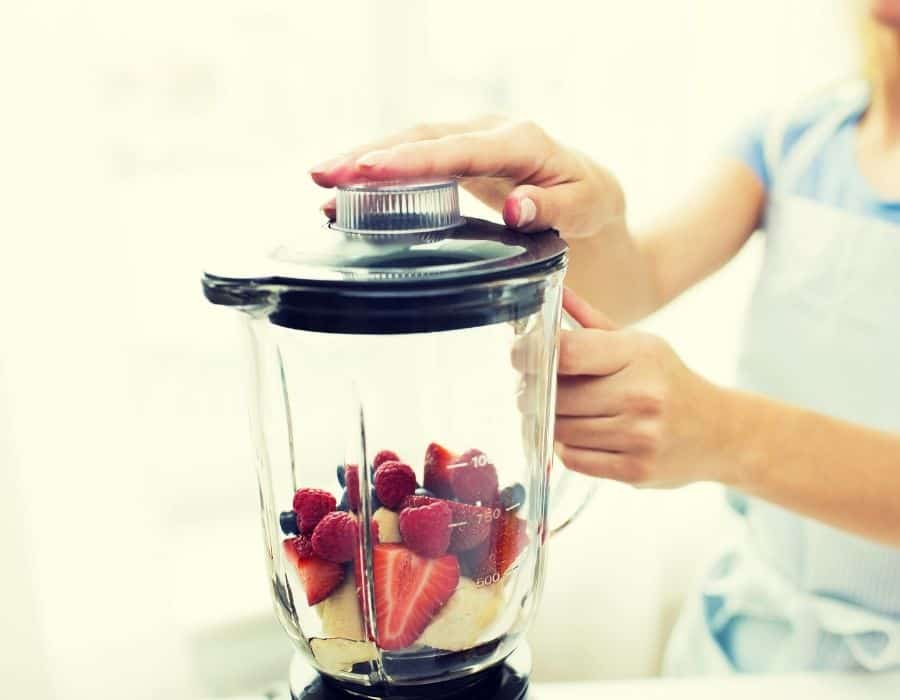 Luckily, there are a few things you can try to reduce as much of this noise as possible.

Just be aware that you’re probably never going to fully soundproof a blender, although you could if you tried hard enough.

These solutions are designed to make your blender much quieter so you can stop bothering the neighbors or your family with your early morning blending sessions.

My first suggestion is an obvious one: buy a quiet blender like this one on Amazon. This is probably the easiest way to solve the problem, as some blenders are specifically marketed to be quiet.

As you may have guessed from the information above, many of these blenders feature superior build quality and materials, as this is one of the most effective ways to reduce excess noise.

But don’t expect them to come cheap. A quiet blender will include a number of noise-reducing solutions, and so you’ll have to pay a premium price for these.

While your current blender might only be $20 from a local store, you can expect to pay around $200 for a high-quality quiet blender.

Some may say that’s too much, but it depends on how much of a problem this really is.

2. Place on a sound dampening mat

Much of the time the annoying noise from a blender comes from vibrations passing into the surface it’s sat on.

To prevent this, sit the blender on a sound dampening mat. You have a couple of options for this depending on your budget and how loud the blender is. These include the following (with links to Amazon):

Whichever option you choose, all you need to do is create a barrier between the blender and the surface. Using rubber or silicone is a good idea because it’ll reduce vibration.

If you don’t want to be putting a mat down on the counter each time then you could try fitting some rubber feet on your blender.

While a mat isn’t a massive inconvenience, it could be if someone else goes to use your blender and forgets.

A good alternative is to use rubber grommets (Amazon) or a similar kind of material. While these are designed for use in the automotive and plumbing industries, they’ll do a good job here.

They work on the same principle as the rubber mat option above, but they’re just smaller.

Rubber grommets will prevent vibrations passing from the blender into the surface it’s sat on, which is a great way of reducing overall noise levels.

Just glue 4 grommets (or more) on to the bottom of the blender. If it’s already got feet, stick the grommets to these.

4. Move the blender away from the wall

While this option won’t do loads on its own, it’ll definitely make a difference when combined with other solutions.

Typically, sound waves bounce off hard, flat surfaces like walls. Tiles, commonly found in kitchens, are even worse for this because they’re smooth.

Sitting the blender near a wall, particularly in a corner, will create a minor echo chamber effect. This amplifies sounds and so they appear louder than they actually are.

This is the same reason you put acoustic treatment in room corners when soundproofing, as it prevents echo and reverberation.

Sure, this won’t be the biggest cause for concern with a blender, but it’s definitely noticeable.

If you’ve got a kitchen island counter away from walls, do your blending there. If not, just be sure the blender is sat as far away from the wall as possible.

If you fancy a bit of DIY and are determined to get the quietest blender possible, you might want to try building a sound enclosure box.

It’s basically going to be a homemade version of what you might have seen in a milkshake shop or the one fitted on the expensive blender above.

For this you’ll need:

Be careful not to leave the blender running for a long time either.

While they don’t get hot, trapping it inside an insulated box will make it retain heat, which could lead to overheating. This is particularly true when blending hot liquids.

If you don’t want to build your own, you could always see if you can buy one. The blender manufacturer might make their own, although this is usually only true of higher-end models.

Be aware, though, that these enclosures are usually transparent plastic so you can see what’s going on in the blender. While this is helpful, it doesn’t make the biggest difference to noise levels.

What’s more, they’re often fairly expensive for what you’re actually buying (a plastic box). In fact, you’ll be able to make your own for less money, and it’ll be much more effective.

As I mentioned earlier, some expensive blenders come with their own sound enclosure. If you’re happy to spend on one of these then go ahead. The blenders often contain better materials so are quieter anyway.

7. Add some soundproofing materials to the kitchen 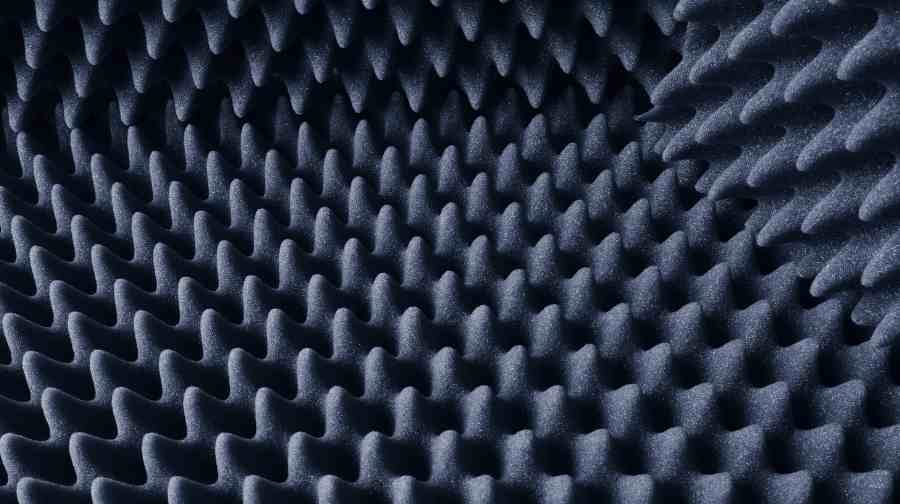 If you don’t have the space to store a sound enclosure, or you want to treat the problem more generally, you can try soundproofing your kitchen.

This will be useful if you don’t have the option but to keep your blender near a wall, especially if this wall is shared with another apartment.

It’s easy enough to do too: just stick some acoustic panels to the walls around your blending area. You can do this with small amounts of glue, or with double-sided tape if you don’t want it to be permanent.

Acoustic panels (check out my article) will help to stop sounds bouncing off and passing through walls, although they won’t specifically make the blender quieter.

However, if you combine this solution with placing the blender on a mat, you should be able to reduce the noise a fair amount. At least enough to stop bothering family or neighbors.

8. Blend at a more convenient time

Granted, this isn’t a solution for making the blender quieter, but it is a solution that doesn’t cost any money at all.

Simply put, do your blending at a time when most people are likely to be awake, such as the evening (just not too late).

If you’re making smoothies then you can blend them and store them in the refrigerator for the morning. Sure, they won’t be super fresh, but it is a way around the problem.

This also works for things like meal prepping. If you’re going to be using the blender to make meals, then do it all in one big batch and freeze down or chill.

This will help you to avoid using the blender at all hours of the day, something your neighbors will probably thank you for.

As you can see, there are plenty of options for how to make a blender quiet. My recommendation would be to build a sound enclosure, as this will be most effective at reducing noise levels.

At the very minimum place the blender on a mat. While buying an expensive quiet blender is an option, you’d be better investing the money into building a sound enclosure for a cheap blender because this will be more effective.

Whatever option you choose, enjoy your new quiet blender!