I’m often asked how thick walls should be to make them soundproof, but I’ve never been able to give a clear-cut answer. For me, there’s more to soundproofing a wall than its thickness, but I still decided to do a bit more research into the topic.

So, here’s how thick walls should be to be soundproof: A standard stud wall built properly, and consisting of 2 sheets of drywall with an air cavity 5 to 6 inches thick,  is good enough to make the wall soundproof. A concrete wall would have to be around a foot thick to be completely soundproof. 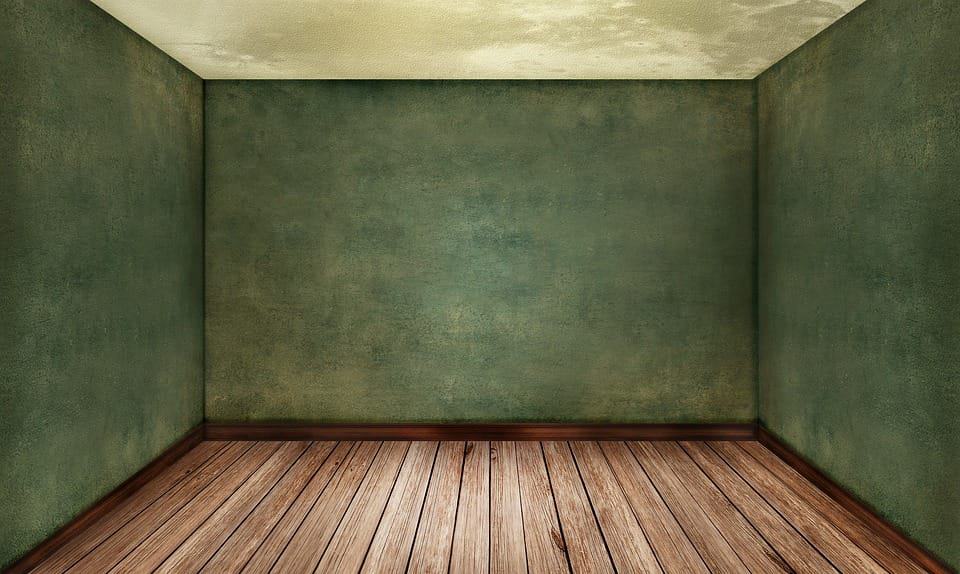 As I mentioned, there’s more to soundproofing a wall than just its thickness. For example, an uninsulated stud wall 6 inches thick will do almost nothing for noise reduction, so the key is in the detail.

In this article I look at how thick a wall should be to be soundproof, but also the best ways of treating the space.

How thick should walls be for soundproofing?

A standard cavity wall made of a timber frame and 2 sheets of drywall will typically be 5-6 inches thick. This includes the air cavity in the middle, but the wider this is, the better the sound insulation, especially with low bass frequencies. However, it’s vital to treat this space properly to effectively reduce noise pollution.

Alternatively, if you’ve got the option, a solid concrete wall will do wonders for soundproofing. In this case you’d want a wall approximately 1 foot thick, as this will block out pretty much all noises.

However, a foot thick, solid concrete wall obviously isn’t the most practical solution. It’s much more likely that you’re looking to soundproof an interior wall, which will probably be of the construction described above.

The important thing is that thickness isn’t everything. A hollow stud wall will do next to nothing for soundproofing, as the air cavity is an ideal place for sound waves to echo and amplify, which ultimately makes noise pollution worse.

So, rather than focusing on the thickness of the wall, you should instead pay attention to its construction; adding insulation into the cavity is the first obvious step, along with decoupling and sound damping.

If you’re going to be insulating the wall cavity in some way and you’re building the wall from scratch, make it as wide as possible. This will allow you to use much more insulation, which will drastically reduce echo and sound transfer through the wall.

Whether you’re working with a standard stud wall or building a wall from scratch, adding more mass to the outside is a great way to make it thicker. You can do this by adding more layers of drywall, or a specific soundproofing product like sound deadening mats.

However, this does make your room smaller, and there’s no correct thickness. In short, the thicker and more solid the wall is, the better it’ll be at reducing noise pollution. But you have to balance this about having enough space in your room, and the practicality of having thick walls.

Along with focusing on the thickness, which isn’t the easiest thing to change, you should instead manage the existing wall effectively to add different acoustic treatment techniques. I’ve suggested some below that try hard not to change the thickness of the wall.

If you want a complete guide on soundproofing wall, I suggest you read this article. However, I’ve explained the same in brief below.

If you’re dealing with a normal stud wall, while there are options for making it physically thicker, this might not be the most practical option. For example, I mentioned above that a solid concrete wall would have to be at least a foot thick to block out the majority of sound frequencies.

Adding more mass to the wall is always an effective way to reduce noise pollution coming through a wall. It works in a number of ways by not only blocking and absorbing sound waves, but also by making the wall heavier and therefore more difficult to vibrate.

However, whenever I recommend adding mass to a wall, I always advise doing so without adding too much thickness to the wall. It might seem obvious, but for every inch you add onto that wall, you lose another inch of space inside your room.

This might not seem like much, but when you add an inch on 4 walls, you lose 4 inches. It starts adding up pretty quickly, and soon you’re left with a tiny room that might be soundproof but won’t be too enjoyable.

Therefore, the key to adding mass to the wall is to lose as little space as possible. Using specific soundproofing materials is the best way forwards because they’re designed to be very dense, meaning they reduce noise without being too thick.

The 2 best products to look out for are butyl rubber and mass loaded vinyl (Amazon links). They’re both very dense and not too thick; you can expect an average thickness of 1/8”. Using these will mean that you only lose ½” for every 4 walls you cover. 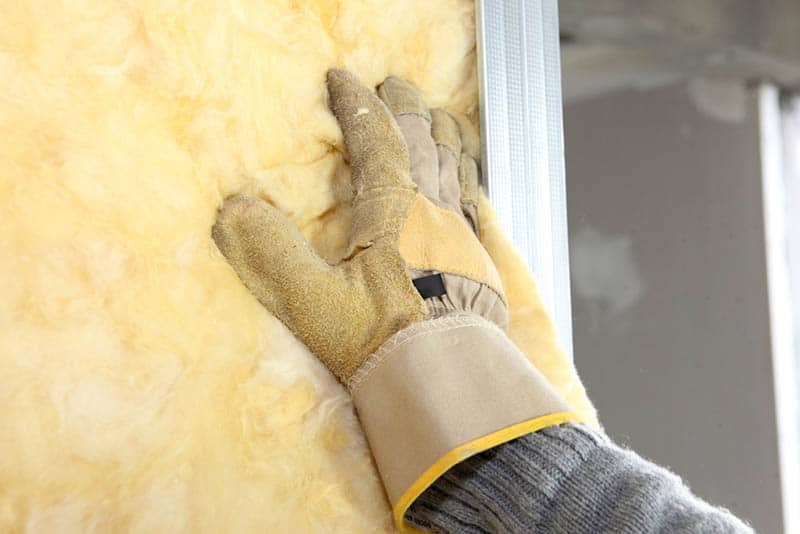 Using insulation in the wall cavity is a great way to improve its soundproofing ability without sacrificing space. While it doesn’t make the wall thicker, it does address its biggest weakness: the empty wall cavity.

An empty wall cavity is the perfect space for sound waves. They can easily travel through the drywall, and then once within the sealed cavity, they can bounce off the flat surfaces, which amplifies them.

Filling the empty cavity with something dense will be one of the most effective methods for soundproofing a stud wall. The best thing to use is dedicated soundproofing insulation, which is typically fiberglass.

There are plenty of brands on the market, such as Rockwool, and each offers varying thicknesses. Just find the one that’s the same size as your wall cavity and fix it in place with staples. Try not to make it much smaller than the wall cavity or you’ll leave plenty of space for the sound waves to echo in.

Check out my top recommendations for insulation.

Decoupling is one of the most effective ways of soundproofing a wall because it means isolating each side, which prevents vibrations from passing through. No vibrations means no sound waves.

However, decoupling will generally make your wall a bit thicker. This is because you’ll have to build 2 sets of studs (one for each side of the wall), and this will generally take up more room than a normal stud wall.

If you’ve got the resources to tear the existing wall down and rebuild it as a decoupled structure, it would definitely help to make the wall thicker. Again, there’s no ideal thickness for making the wall soundproof, so look to make it as thick as practically possible.

Having a thicker wall will allow you to build 2 completely separate stud walls instead of a single staggered stud wall. Doing this will mean literally building 2 complete walls, leaving a small air cavity between them.

This small space is known as dead air, and while it’s basically the same as a standard wall cavity, being between 2 very dense and separate walls makes it behave more like a void, meaning any sound waves that make it through should hopefully stop in the dead air.

Along with focusing on the actual wall itself, it’s important to address its weakest areas, such as doors and windows. Even if you could make a wall 3 feet thick, which would definitely be soundproof, you’d still have to have doors and windows in it.

Generally, doors and windows can only be of a certain thickness. For example, normal interior doors are maybe an inch thick, and windows are generally kept as thin as possible for visibility. Therefore, it’s important to address these areas because they’ll be there regardless of how thick your wall is.

One of the best options for adding thickness to windows is something like a window plug (RELATED ARTICLE). Essentially, these are wooden frames cut to the same size of the opening and then filled with dense mass or acoustic insulation. These will allow you to make the door or window the same thickness as the wall and will greatly improve its noise blocking ability.

During my research I discovered that stud walls around 6 inches thick are a good place to start, but there’s more than just how thick a wall should be to be soundproof. Instead, focus on working with the area in more practical ways, such as insulation or decoupling. After all, the thicker your wall is, the smaller your room will be.