To silence an Omnipod, start by turning the device over, then peel off the adhesive. Next, locate a point at the base of the pod, just below the fill port, and using a paperclip or pin, press down on this point until you hear a click. The beeping will stop after the click. 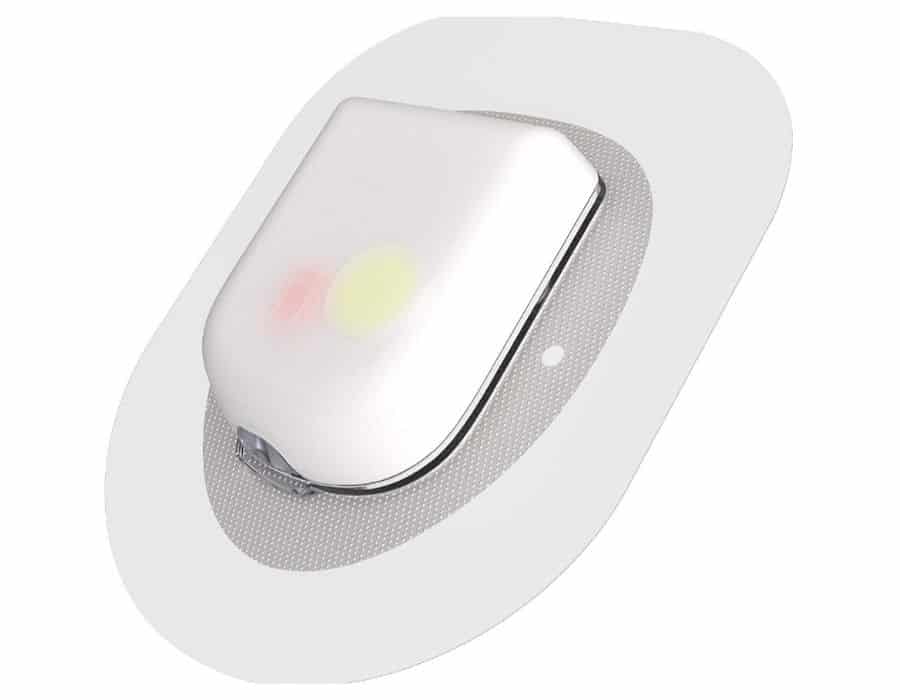 In addition to steps for silencing an Omnipod, this article gives a detailed explanation of the causes of screaming Omnipods. It also discusses ways to prevent Omnipods from screaming, as well as how to recover Insulin from failed pods.

An Omnipod will scream when it has failed. The scream is unlike any other alerts; it is a loud, prolonged beep that can last for hours until the pod is deactivated or the battery dies. In some cases, the PDM (personal diabetes manager) cannot communicate with the Omnipod to disable it.

Omnipod screams are undesirable, as there is no way of telling when they will occur. Consequently, screaming Omnipods can be sources of embarrassment when they happen in meetings, at school, during performances, and so on. Omnipods can also go off in the middle of the night, as they do not care if you’ve had a long day and need to sleep.

While the screaming may be undesirable, it is not without merits, as it notifies you of a system failure. The constant beeping prompts you to address the problem, thus preventing complications like hyperglycemia.

Why Is My Omnipod Screaming?

There are a couple of reasons why an Omnipod will scream. They include occlusion, expiration, and manufacturing error.

Occlusion is a major cause of screaming in Omnipods. An occlusion is a blockage in the flow of Insulin. The Omnipod alarm will go off when Insulin does not get to the body. Causes of occlusions include:

The recommended duration for using an Omnipod is 48 to 72 hours. After 72 hours, the Omnipod will alert you of its expiry (assuming you do not run out of Insulin first). However, the Omnipod will remain active for eight hours after its expiry to give users some time to change the pod.

After the eight hours, the Omnipod will stop working, and to notify you of this fact, it will begin to scream. In essence, an Omnipod will scream after 80 hours.

Sometimes, an Omnipod will scream not from occlusion or expiration but because it is defective. Although defective units will usually get replaced, you will have lost some insulin, especially if the screaming happens soon after activating the Omnipod.

How to Silence Screaming Omnipods

The PDM is usually enough to deactivate the alerts and alarms on an Omnipod, but when the PDM is out of reach, broken, or can not communicate with the pod, you will need to silence it some other way.

Some people recommend tossing a screaming Omnipod in the freezer to muffle the noise until the battery dies. Doing so may work in blocking out the noise, but it does not truly stop the screaming, and you will hear it whenever you open the freezer. Besides, the screaming might happen in a place where you have no access to a freezer.

The following steps will help you to silence an Omnipod:

Hitting the pod with a hammer will also stop the screaming, but that’s assuming you have a hammer available when it happens.

Screaming Omnipods can be embarrassing, inconveniencing, and annoying. In some cases, they can be all three. While you can not completely rule out the possibility of a screamer, you can limit how frequently they occur.

Deactivate the Omnipod 10 minutes (or earlier) before the 72+8 hour expiration time. The pod will start screaming at 80 hours.

You can’t prevent screaming if the cause is a manufacturing error. You can report instances of repeated pod failure and ask for the entire batch to be replaced, as some of the unused pods will likely be defective as well.

Why You Should Prevent Pod Failures

Aside from the ear-splitting noise, a screaming Omnipod can also be an inconvenience or embarrassment if it happens at an inopportune time. Furthermore, insulin pumps cost money, and you may not get a replacement for all failed pods, especially if they were not defective.

Insulin isn’t cheap either, and every drop is precious. When a pump fails, there will likely be some insulin left in it, which you may otherwise have to throw away. Although there are ways to retrieve Insulin from a failed pod, it will be much better if it does not fail.

An Omnipod may fail soon after you activate it, thus trapping a considerable amount of Insulin in it when you take it off. Insulin is expensive, and should not go to waste if possible. You can recover some of your Insulin from failed pods by following the steps below:

After transferring the Insulin to a new pod, top up the reservoir with new Insulin from a vial. Ensure that you use an alcohol swab to clean the needle as well as the top of the vial before you draw any insulin.

It is not recommended to recover/reuse Insulin from the pod after one and a half days, as your body temperature and possibly heat from bathwater would have warmed it. Although Insulin is prepared with preservatives and will last for 28 days without refrigeration, adhering to the one and half-day limit will ensure that the Insulin is in almost perfect condition.

Do not keep moving Insulin from pod to pod, reuse only once or twice, as Insulin that has been removed from the original vial should be discarded after two weeks.

Also, discard cloudy looking Insulin, even if it has only been on your body for less than a day.

Screaming Omnipods are never a good thing, they’re inconveniencing, they can be embarrassing, and they waste Insulin. While you can silence screamers and gain some quiet, it’s an even better idea to prevent them from happening as this will help you conserve Insulin and avoid embarrassing situations.