Like any other musical instrument, the metals and woods on a floor tom are intentionally put together in a certain way to give it a particular sound and character, and tampering with that design through the various muffling techniques can sometimes leave it sounding like a wet cardboard box.

But if you get it right, muffling a floor tom can give a pleasant “dead sound” that’s ideal for a variety of drumming situations and environments.

To muffle a floor tom, you can use tuning to reduce resonance, duct tape, or cotton balls to minimize sustain, a paper towel, and duct tape to dampen the head, muffling rings to control overtones or head combinations to control both sustain and overtones. 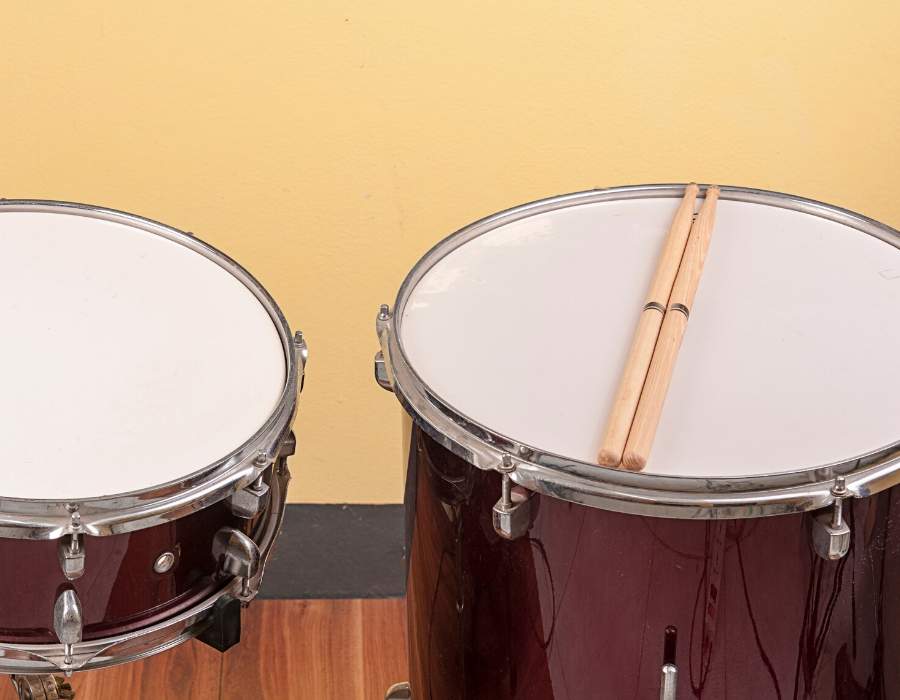 Read on for details on how you can use the above hacks to muffle a floor tom. But first;

What Does It Mean to Muffle a Floor Tom?

Muffling a floor tom (or any other kind of drum) simply means adding something to your low tom or drumhead in an attempt to change the way it sounds. Sometimes, muffling a drum may also be referred to as drum choking, drum damping or dampening, or controlling the drum sound.

Different people have varying preferences with regards to what name to use, but in this discussion, we’ll mostly alternate between the terms dampening and muffling.

Muffling a floor tom can create one or a combination of effects in the sound produced by your drum. But more often than not, people do it to minimize:

How to Muffle a Floor Tom 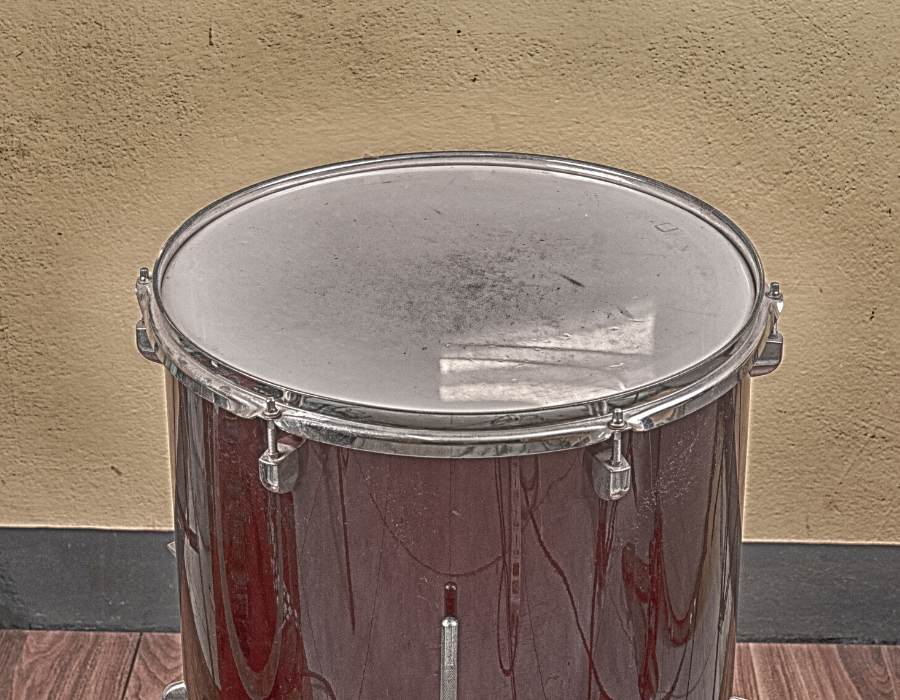 Different muffling techniques will affect your tom’s sound in varying ways. This can be anything from a minor change in sound to leaving your drum sounding like a wet cardboard box (if you overdo it).

Provided you know how each method works and the kind of effect it’ll have, you can adjust your tom’s sound to fit the exact demands of different environments or even the style of any given track.

So without further ado, let’s take a look at the different ways to muffle your floor tom.

1. Tune the Tom to Reduce Resonance

Tuning is one of the most effective ways to adjust the sound of a floor tom. But before you begin, you’ll want to ensure that heads are well well seated.

With that out of the way, start tuning gradually clockwise until the wrinkles disappear, and your head has a basic tone. Ideally, you should be getting an even sound that doesn’t “flutter.” If it does, the head isn’t tight enough. If it doesn’t, turn your drum over and tune the other head using the same steps.

At this point, your tom’s pitch may be too low to play.

Now, if you were to enhance the pitch of the resonant head (AKA bottom head) by two turns on each lug, for instance, you’d get a somewhat “choked sound” accompanied by an after-ring (caused by the bottom head), which might not be the best for recording.

If you do the same for the top head, too, you will end up with a very high tuned tom that produces a shorter, punchy sound with more projection.

If you wanted to control, say resonance, through tuning, you can lower the pitch of the resonant head back to where it was initially (before the two turns of the lug) and leave the top head’s pitch tuned high. Doing this would give your tom a “doink” sound, which simply means that the lower head isn’t adding any resonance to the drums sound.

While this extreme mismatch might not be ideal in some situations, you can experiment with how much you lower the pitch of the resonant head to muffle your tom without compromising the sound quality. In most cases, lowering it slightly works best.

2. Use Duct Tape to Reduce the Sustain in a Floor Tom

This old trick works almost every time. Start by putting one strip of duct tape towards the edge of the head you’re trying to tone down its sustain and check if your drum sounds the way you want it to.

If not, try adding another strip of tape right next to the first one, and keep doing this until you achieve your desired level of sustain. Be careful not to go overboard with the number of strips of tape, because too much will “deaden” your drum.

The beauty of this hack is that it doesn’t call for expensive purchases. All you need is duct tape, which is cheap to buy and is readily available almost everywhere.

3. Use Paper Towel and Duct Tape to Dampen the Head

Start off by folding a small piece of paper towel into a square. Next, tear a piece of duct tape that’s slightly bigger than the folded paper towel.

Tape down the paper towel close to the edge of the floor Tom’s head you’re trying to dampen. More often than not, only one of these is enough to dampen any drum’s head.

4. Use Muffling Rings to Control Overtones in a Floor Tom

These come precut and in varying sizes, so be sure to find something that snugly fits on your drum. They work great, too, especially when you need to muffle overtones by a great deal because they’re designed to cover the drum’s entire circumference.

5. Use Cotton Balls to Minimize Sustain

This is one of the most commonly used tricks by drummers. Here’s the process:

Although this trick might not work on larger drums because they ring more, it works great on floor toms. The cotton balls help reduce sustain without compromising the stick attack, which is often an issue when you use too much duct tape on your batter head.

How does this work, you ask?

Simple: When you hit a floor tom, the two heads vibrate back and forth, and the sustain happens in the bottom head. Now, if you have cotton balls lying inside the bottom head, they’ll always become airborne for a second with each hit. As they fall back down, they’ll mellow the head’s vibration a little bit, which will muffle the sustain.

As a general rule, the more cotton you use, the less the sustain you can expect.

6. Use Head Combination to Control Sustain and Overtones

Another creative way to control sustain in a floor tom would be to vary the head combinations. Provided you get it right, this can make a huge difference in the amount of sustain and overtones produced by your drum.

Generally, Thicker multi-ply heads are great for sustain control. The world’s famous Pinstripe® series is synonymous with such drum heads, and you have two options to choose from: the Pinstripe clear and the Pinstripe Coated (Amazon links).

Both are made of two plies of 7-mil clear film, with an overtone-minimizing agent sandwiched between the two plies. This results in excellent overtone control and enhanced attack.

If you had to choose between the two, we’d recommend going with Pinstripe coated. The coating helps it muffle high overtones and control resonance very well to provide a highly focused, low-pitch sound whose moderate response and attack characteristics are great for creating deeper, controlled drum sound in varying live and studio drumming situations.

Also read: How to Muffle a Tambourine

As we’ve learned in this article, there are several ways to muffle a floor tom, and each method results in different sound characteristics.

When trying to muffle your floor tom, take time to learn the effect each hack or different combinations of dampening solutions will create, and experiment until you get the exact sound you’re looking for. Best of luck!

Also read: How to Make a Recorder Quieter