Windows often let in most of the noise that you hear when inside a room or house, usually because most windows are not soundproof and the materials that make up a window are not designed to block out sound.

If you happen to live in an especially noisy area and need to soundproof a room, windows are a great opportunity to decrease how much you hear from the outside.

A common way to soundproof a window without replacing it is by installing window shutters, which are basically coverings that can come in many shapes and styles.

Window shutters do block out some of the everyday noises such as birds chirping, passing cars, and people talking. Although window shutters are not as effective for soundproofing as other options, they are a great cost-effective alternative compared to more expensive options. 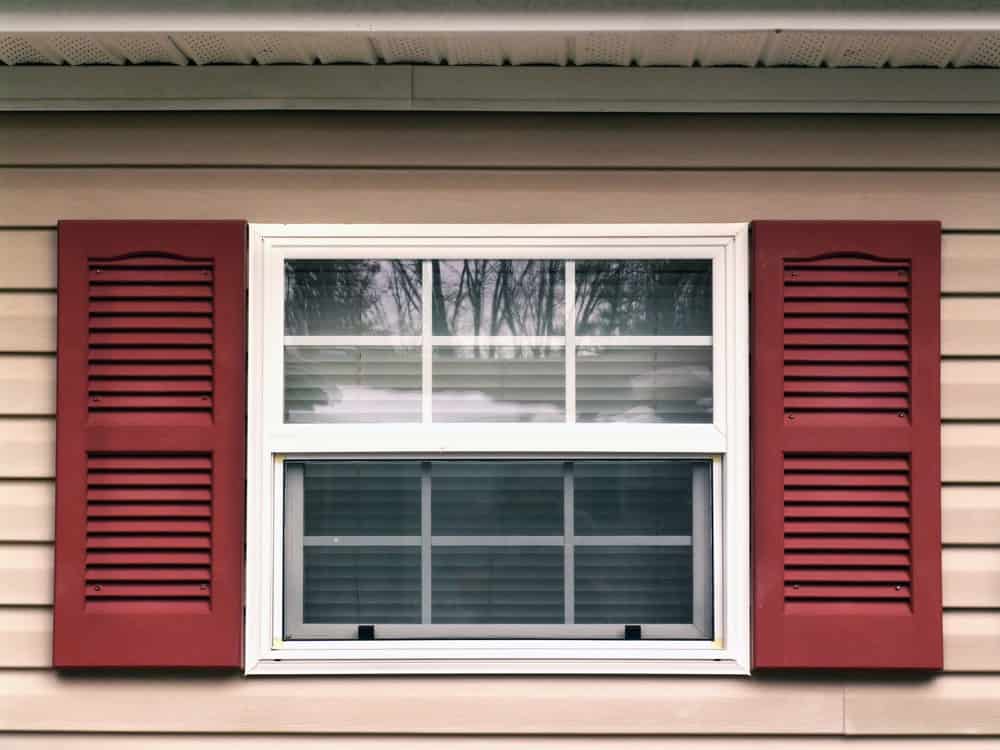 How much sound your window shutters block out will depend largely on the type of shutter you decide to install. Choosing which window shutter you want to install is entirely up to you, according to your budget and how much noise you need to block out. Read on to learn about the different types of window shutter styles, their prices, and which ones are the best to soundproof a window.

Since all window shutters are sealed with louvres, they will all help with soundproofing to some degree, even the cheapest options. Another benefit of shutters is that they can be added to almost any window frame since they can be fully customizable, and because they are only an add-on, it doesn’t matter how aged or depleted a window is — you can still add shutters to help block out noise.

There are many types of window shutters that you can install to help soundproof your room or house. Luckily, in addition to being effective for soundproofing purposes, these window shutters tend to also be designed to be aesthetically pleasing, which means they will also work as decoration from your home.

Choosing which window shutter to install can also be based on how you think a certain style will fit in your room. Before we go into how much these styles will cost and how soundproof they are, let’s explore some of the various styles of window shutters that you can buy.

Solid shutters are made from solid wooden panels, which means they do a great job of blocking out sound. In fact, in older times, these styles of shutters were used in Victorian homes for the sole purpose of blocking outside noise.

They are called solid shutters because they are basically two doors that pull open, in the same way that closet doors do. This is also why they have been used to deter burglars and insulate homes.

Thanks to the wooden material, solid shutters can look great depending on what the interior of your home looks like.

Full height shutters allow you the control of choosing how much light is let in through your windows. Full height means that there is no part of the shutter that can’t be opened – compared to solid shutters, these make great options for those who enjoy the sunlight.

This style is a classic design that will blend in with most homes, and are arguably the most popular style of window shutter. This style is also one of the easiest to install.

Cafe style shutters, as the name suggests, are especially popular in cafes, bars, and restaurants. They only offer a moderate level of privacy, but they do have an open portion that is not able to be closed, which means they usually won’t be as soundproof as other styles of shutters.

With cafe style shutters, you will likely need a pair of curtains for when you need to block out the outside. While this style of shutter is certainly less popular than others, they make great options for those with older houses who are choosing their window shutter for appearance over functionality.

Although they will not be as soundproof as full height or solid shutters, tier on tier shutters are chosen because of their appearance and ease of cleaning.

As you might expect, the prices of window shutters can vary drastically. How much a window shutter might cost can depend on factors such as:

Although the prices will vary, some styles of window shutters will usually cost more than others. Naturally, the more you spend on a window shutter, the better the quality will be and the longer it will last.

Let’s look at some common prices of window shutters.

The average cost of solid shutters is around $200-$350 per window– this price is because of the cost of wood.

The average cost of full height shutters is around $150-$100 per window.

The average cost of cafe style shutters is around $100 per window.

The average cost of tier on tier shutters is around $100 per window.

Now that you know the different styles of window shutters and their prices, let’s explore which ones are best intended for soundproofing a room.

Which Style of Window Shutter Is Best for Soundproofing?

Of all the four most common types of window shutters that people use, the best shutter for soundproofing is solid shutters.

As we mentioned earlier, solid shutters were originally made for the sole purpose of blocking out the noise in Victorian homes. As technology improved, these shutters have been made to not only look better but to have even more soundproofing ability.

If you are looking for some great window shutters that will reduce most loud noises you hear from outside your room and house, then solid shutters should be your first pick. Although they might be more expensive than some of the other styles of shutters, the better soundproofing ability will be worth your money.

As with all shutter styles, solid shutters are easy to attach over windows and can fit most sizes of window frames. The solid wood panels that make up this style of window shutter will work amazingly to reduce most of the sound coming in but will also look great in most homes, especially interiors that compliment well with the wood-color shades.

Windows allow a lot of noise from outside to come into your rooms and house, especially if you are one of the many who don’t have soundproof windows. If you think that soundproofing your room will make a big difference in the quality of your life, adding window shutters is a great way to help.

Of the four most popular styles of window shutter (solid, full height, cafe style, and tier on tier), cafe style and tier on tier are the cheapest. But, if you really want to reduce as much noise getting inside your room as possible, then solid shutters are your best option.