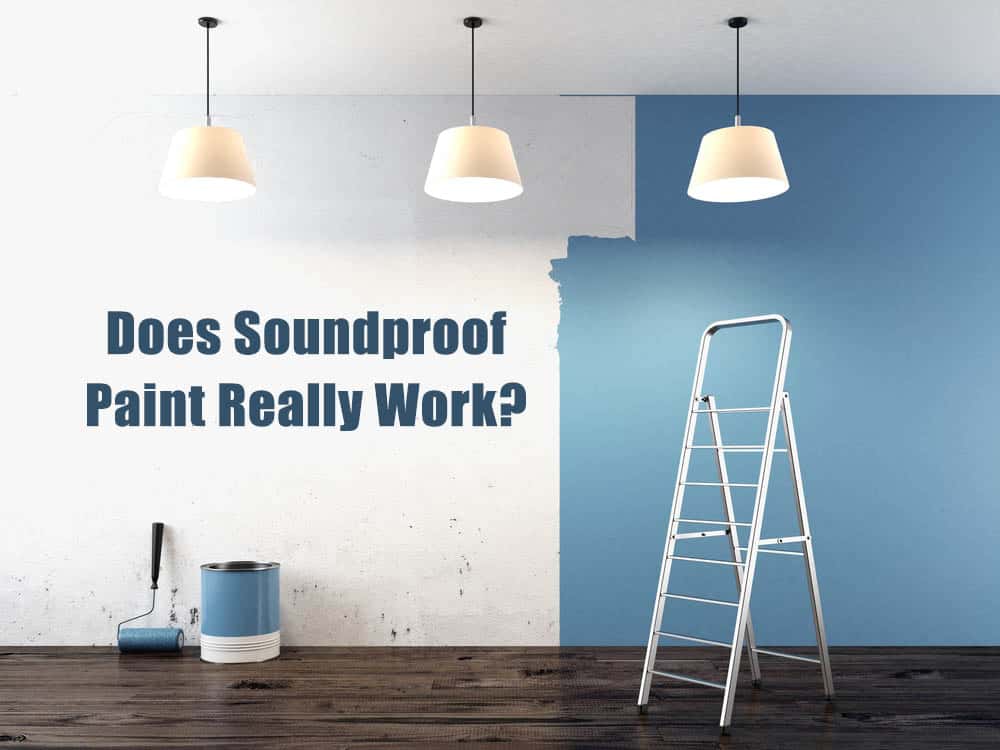 I’m always looking for new and innovative ways to soundproof a room in the easiest way possible, and one idea that was recently suggested to me was soundproof paint. As I’d never used it before, I decided to do some research into it.

So, does soundproof paint really work? Soundproof paint works well only at certain frequencies and volumes where it would be ideal for cutting out low ambient noise, but less useful for blocking out louder sounds. Soundproof paint offers a quick working solution that saves you having to try more invasive methods.

As I mentioned, soundproof paint is much more effective at certain frequencies and volumes. For example, it works well to block out talking from another room. However, to understand whether soundproof paint would be the right product for you, it’s worth knowing how it works. Read on to find out more about it, including the best uses.

One of the main advantages to soundproof paint over other soundproofing methods, such as adding mass or decoupling, is that it’s much easier. All you need to do is paint it on the walls and it’ll offer a level of sound reduction.

The first important thing to bear in mind, however, is that it’s meant to cut out ambient noise such as talking, which realistically isn’t that loud. So if you’re looking for a solution to combat arguing neighbors or a barking dog, then this isn’t the one for you.

The frequencies at which the soundproof paint works will vary between manufacturers, but it’ll generally be 125-4000Hz, which is the standard range for speaking voices. It’s worth looking at different brands and their ratings before choosing one for your project.

For example, the paint called coat of silence advertises a improvement of sound attenuation (STC) by 2 to 3 points for a single side coated wall (see image below).

However, with both sides of the wall painted, there is a significant increase in the sound attenuation except in the lower frequencies (see the image below). So, this easily proves that soundproof paint works only for higher frequencies, that is above 3000 Hz.

The second thing to consider is that manufacturers will recommend using more than 1 layer, usually 2-3 for effective soundproofing. However, I found that the more coats you apply, the better job it’ll do (which is pretty obvious really). That said, don’t expect 100 coats to be 100 times better, as you won’t see a correlated increase when adding more coats.

I found that 4 coats will generally do a good job of reducing ambient noise pollution in a room, and this won’t add too much paint to the walls. As with any painting job, you’re better to add more thin layers than fewer thick ones.

The final thing to consider, and this is another big benefit, is that soundproof paint can be applied to any surface that can take normal paint. For this reason, I’d recommend using it on walls and ceilings because this will give you better noise reduction.

You can also use special primer so you can paint other surfaces, such as varnished wood, but you’ll need plenty more coats of paint.

How Does Soundproof Paint Function?

So, how does soundproof paint work? The main ingredient in soundproof paint is latex, which helps reduce reverberation and improves sound deadening. Similarly, some brands also contain ceramic spheres to reduce echo. Finally, soundproof paint (like the one below found on Amazon) has more mass than normal paint, which is helpful for reducing ambient noise. 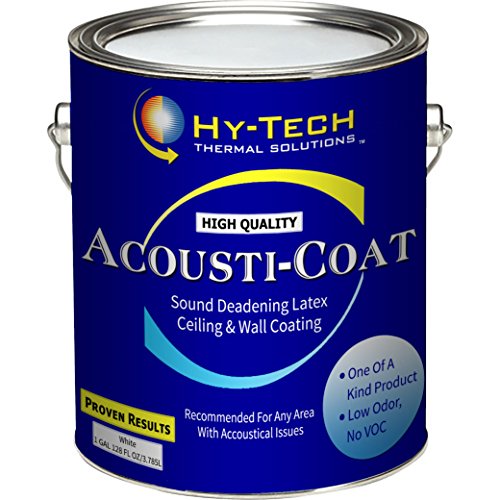 Having latex as its main ingredient means that soundproof paint is very thick, which also means that each layer will be thicker than if you used normal paint. Latex helps improve the paint’s sound deadening qualities, while also reducing reverberation and echo.

Latex does much the same job as other rubber-based soundproofing products, such as mass loaded vinyl and butyl rubber. However, the fact that it can be applied directly onto a wall in the form of paint makes it much easier to work with in almost every situation.

Similarly, soundproof paint contains ceramic microspheres and other fillers, which help increase its sound absorption ability. However, this does mean that the paint will always have texture, and can make your walls look quite unusual once you’ve applied several coats.

These ceramic microspheres help because they stop the surface from being too flat, as this can allow sounds to echo much easier. This would be the same logic as, say, using furniture to reduce echo in an empty room. The textured walls reduce echo because there’s no flat surface for the sound waves to bounce off.

As I mentioned, soundproof paint has more mass than normal paint, thanks mainly to the latex and soundproof fillers. Not only do these help with echo reduction, but they also block sound waves from travelling through the wall.

However, it’s worth noting that even though soundproof paint adds more mass than normal paint, this still isn’t very much mass in the grand scheme of things. If you want to completely soundproof a room, you’d be better sticking to the more traditional methods and materials.

That said, soundproof paint is great for cutting out low levels of ambient noise, such as neighbors talking, and is much quicker and easier to apply than something like mass loaded vinyl. For this reason it’s definitely worth trying, particularly if you need a quick fix to a minor problem.

Is Soundproof Paint Right for My Needs?

Before rushing out to your local hardware store to stock up on soundproof paint (which can set you back at least $30 per tin, by the way), it’s worth deciding whether it’s actually going to be right for your needs. Consider these points before making the decision on which soundproofing methods you use.

What kind of noise pollution are you trying to block in the room? Distant car traffic? Talking from an adjoining room? If so, try soundproof paint, as it’ll make a noticeable difference to the room’s ambient noise levels.

However, if you want to truly soundproof a room, or you need to cut out higher or lower frequency sounds than just general talking, then look for something more robust. Sure, there are plenty of situations in which soundproof paint will be suitable, but there are plenty more in which it won’t.

This is related to the above point, but it’s worth considering what the purpose of your project is. Are you designing a dedicated home theater? If so, you’ll need to block sound both from entering and exiting the room.

Or are you just trying to make your home life more comfortable? Say you live in an apartment block and you have neighbors all around you. Soundproof paint will definitely be worth a go in this situation, mainly because it offers a more straightforward and manageable solution, and saves you having to start an invasive soundproofing project.

It’s fair to say that even at $30 a tin, soundproof paint is generally cheaper than other effective materials. That said, you’ll most likely need more than 1 tin because of how many coats you’ll need. I’d suggest buying at least 2 tins for a normal sized room, whatever you decide that to be.

If budget isn’t an issue for you, and you’re serious about soundproofing your space, then you’d be better with something like decoupling or mass loaded vinyl. These products get the job done, but aren’t very cheap.

There’s no doubt that soundproof paint is more straightforward than any other soundproofing method. After all, pretty much anyone can slap some paint on a wall, although how well this is done is completely up to you.

On the other hand, something like decoupling drywall takes some DIY knowledge, not to mention tools and resources. Similarly, even adding mass loaded vinyl to your walls requires a bit more technical experience.

That said, do remember how many coats of paint you’ll need to apply. In total I used 6 coats on my walls, and you’ll have to wait at least 24 hours between coats so it can cure properly. This can make the job pretty long-winded, although I’d still say it’s easier than completely rebuilding a wall.

I found that soundproof paint does make a noticeable difference to ambient noise levels, providing they fall within the correct frequency bracket. It’s relatively easy to use, and will offer at least some soundproofing to your room.

However, it shouldn’t be the only soundproofing product you use, as it doesn’t do a good enough job.

If you’re serious about soundproofing a room, go for something more effective, but even if you just want to block out the sound of your neighbors talking, I’d still combine several soundproofing methods. Doing so will offer you overall better noise reduction, and will help you to combat different problems, such as echo and sound deadening.

Thanks for reading! You may also like to check out my article on best soundproofing materials.

Through several years of research and experience, I can say with confidence that I have acquired substantial expertise in the field of soundproofing. I only put out information which I know is genuine and is backed with research. Read More About Me.. 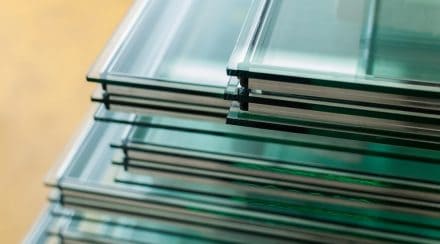 Soundproof Glass – What Is It And How Does It Work?
Categories: Soundproofing Materials 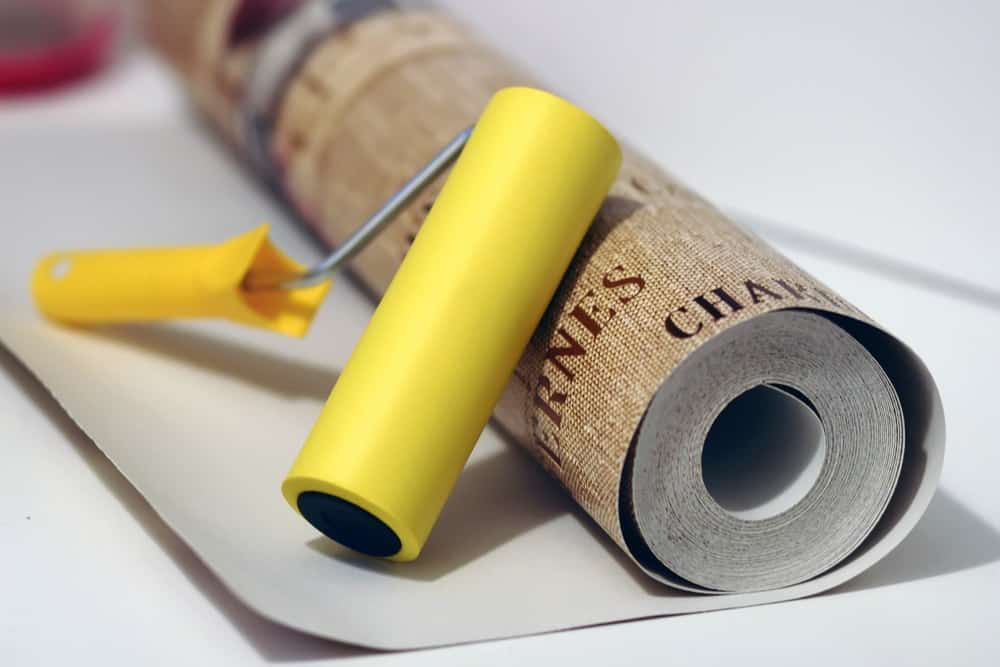 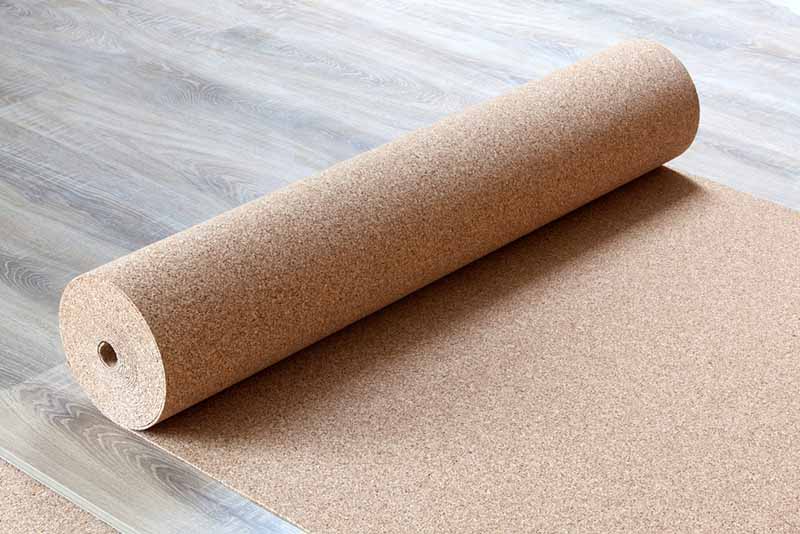 Welcome to Soundproof Central, my blog. I started soundproofing when I built my home theater room. After that, I got addicted to it and soundproofed my car and other rooms of my house. Now, I share all the tips I’ve learned on this blog. Hope you find them helpful.