It’s not a surprise that windows are one of the weakest areas when it comes to soundproofing, and I’m always looking out for ways to make a noticeable difference to their noise blocking ability. A friend recently suggested plexiglass as a solution, which led me to look into it.

So, is plexiglass a good sound barrier? Providing you seal the edges properly, plexiglass will do a good job of eliminating outside noise. As always, thicker is better, so use two sheets of plexiglass around ½ inch thick. Using two sheets of window-grade plexiglass leaves a void in the middle, which gives you dead air. 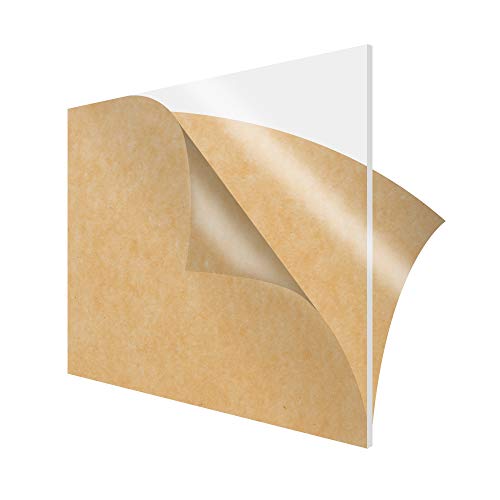 The thing is, replacing your windows with plexiglass is no light task. It’ll take quite significant structural changes, but there are some easier solutions that give you the same benefits. Read on to find out more about using plexiglass to soundproof windows.

How Good is Plexiglass As a Sound Barrier?

Plexiglass goes by a number of names, including Lucite and Perspex, but is essentially acrylic sheeting. It has a wide range of uses, including many public buildings, and offers a much safer alternative to glass because it’s shatterproof.

However, if you’re using plexiglass for soundproofing a window, you need to look out for a few certain features. These include:

While using 2 panes of plexiglass is the best solution to reducing ambient noise, it is possible to just fit a sheet of plexiglass over your existing window. As mentioned, this won’t be as effective, but will offer a level of noise reduction.

If you decide to only fit 1 sheet of plexiglass, you’ll have a much easier job. You won’t get as much dead air between the panes though. You can follow most of the instructions for making a plexiglass window box below, but just use 1 sheet instead of 2.

How to Build a Plexiglass Window Box

Building your own plexiglass window box isn’t very hard. What is hard, however, is removing the original windows so you can fit the new ones. This might put plenty of people off, so don’t hesitate to call a professional if needed. Provided you give them instructions for building a window box, they can probably do that too.

So here’s how to build a plexiglass window box:

In order to get the best out of your plexiglass windows, consider these tips:

That’s all you need to do if you want to install plexiglass windows in your home. However, most people probably won’t be able to completely remove their windows and will be able to use only 1 sheet of plexiglass.

If this is you, then it’s up to you whether you fit it on the inside or the outside of your window. I’d recommend the inside, as it’ll stay in better condition, and you could even build yourself a temporary window box that just fits into the frame. This would allow you to take it out whenever you wanted, giving you a good, pretty effective solution.

Alternatively, you could use some magnetic tape (or similar product) to attach a sheet of plexiglass over your windows. Again, this would give you a temporary solution and at least some improvement to noise pollution levels.

Whatever option you choose, it’s worth bearing in mind that plexiglass isn’t completely soundproof. Windows never will be because of their characteristics. Plexiglass does offer one of the most effective solutions for reducing noise pollution from windows, and isn’t too expensive.

Plexiglass was a reasonably new suggestion for soundproofing windows, and as a result I’ve tried plenty of things, sometimes with reasonable success. If you don’t think you can get away with fitting plexiglass windows, try one of these quicker (but less effective) options.

A window plug isn’t massively different from the plexiglass frame explained above, but uses acoustic mats instead. This is a lighter, easier, and more cost-effective option, and can be build in much the same way.

Check out a detailed guide to building window plugs in my article on soundproofing windows.

To make a window plug, you build a simple box the same size as your window. You then line this with acoustic mats and foam, and there are plenty of different products you can use. For example, Dynamat vehicle sound deadeners are a pretty good choice.

Read my Dynamat review which includes a before and after installation comparison.

Adding some acoustic foam helps with reverberation and echo, which ultimately improves sound management. Stick everything down and apply plenty of acoustic sealant to the edges. This can now be fitted over the window whenever you want to reduce noise levels.

The main downside of this, of course, is that it blocks out light. That said, it’s actually a better option for something like a home theater, where ambient light needs to be controlled.

The advantage of this option is that you can take it on and off whenever you want, so can still use the window as normal. Plexiglass will mean the window won’t open any more, whereas a window plug allows you to do so.

Soundproof curtains are a so-so product, and are little more than just really heavy curtains. However, they are really easy to get hold of, aren’t too pricey, and are probably the least invasive option because they just look like curtains.

By their very nature, though, curtains won’t do much to reduce noise levels. I’ve used soundproof curtains before and while they do something, it’s not much. I’d only use them alongside other soundproofing methods because they’re not really effective enough to have on their own.

Read my guide on soundproof curtains if you want to know which are the best ones available.

One of the best materials you can use when it comes to soundproofing is mass loaded vinyl. It’s what’s called “limp mass”, which means sound waves don’t bounce off it, they just stop. It’s my go-to product for almost any soundproofing project.

Providing you’ve got the budget, you could easily make a roller blind out of mass loaded vinyl. Bear in mind it’s not cheap, and you’d need a piece at least as big as your window, and then a bit extra.

If you were to make a blind out of mass loaded vinyl, I’d find a way to hold it securely around the window (such as magnetic tape); otherwise you won’t be doing very much in terms of blocking out sound.

If you’ve got the resources to fit new windows on your property, then plexiglass is definitely a viable solution to noise pollution through windows.

Just bear in mind the logistics of having a 6-8 inch thick window, though, and what this will do to the rest of your space.

Soundproofing comes with sacrifices, however, so you’ll just have to decide if this is going to be the best option for you.

Thanks for reading! Before you go, check out my top recommendations for soundproofing.